Ben Affleck takes the lead onscreen and off as co-writer, director and star in The Town, a Boston heist movie about a con who decides to do that proverbial one last job. Jon Hamm and Blake Lively also get in on the big screen drama in The Town.

Based on Chuck Hogan’s novel Prince of Thieves, The Town tells the tale of a heist that rocks Boston, the lifelong pals from the Irish-American enclave of Charlestown who pulled it off and a leader with a change of heart. 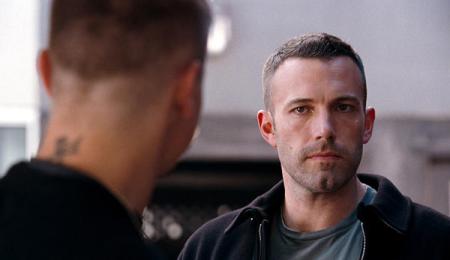 Having grown up in the capital of bank and armored car robberies, Ben Affleck’s Doug MacCray has been trained for a life of crime. He runs a crew of pals who seem unstoppable, but when loose cannon Jem (Jeremy Renner) takes bank manager Claire (Rebecca Hall) hostage, everything changes.

It turns out, Claire’s worked her way out of that same rough neighborhood and through a series of events, Doug falls for her. Inspired by her rise, Doug decides to end his crew’s spree… after one last heist.

Jon Hamm shakes off the retro suavity of Don Draper to play a dedicated, wiseass FBI man determined to take down the robbers; and Blake Lively sheds Serena’s It Girl appeal to play a drugged out young Townie with a baby who dreams of living happily ever after with Doug. 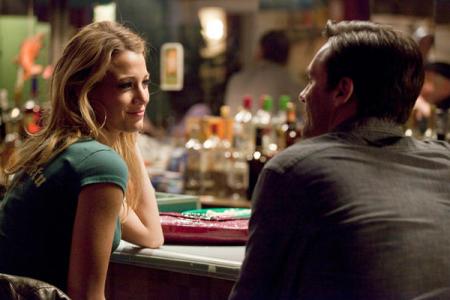 The film, which also stars Chris Cooper, Pete Postlethwaite and Titus Welliver, has received consistent raves for its representation of Charlestown, an old school Town that isn’t quite of the 21st century. Renner has also received accolades for his wild performance.

Beyond that, however, the flick has gotten very mixed reviews. Some preview it’s a vapid, empty crime caper, while others are hyping it as a simple, old fashioned heist flick that’s well shot, well told and well acted.

Moviegoers will get to judge for themselves when The Town hits theaters on September 17.