Katy Perry has ousted Eminem and his Rihanna-featured Love the Way You Lie out of the number one spot this week on the Billboard 100 singles chart. He held onto number one for seven weeks but has now dropped to number two. Perry’s single Teenage Dream has the top spot this week.

Taio Cruz’s Dynamite held its number three place while Bruno Mars’ Just the Way You Are moved two slots up to number four. 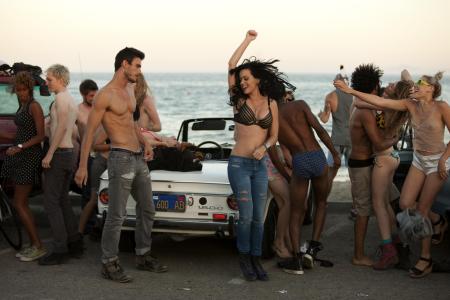 With Enrique Iglesias’ I Like It at number five, Usher’s DJ Got Us Fallin’ In Love went to number six.

After nearly falling off the chart last week, Taylor Swift’s Mine has crept back up to seven.

Katy Perry shows up in the top ten again as California Gurls takes the number ten spot this week.

The 25-year-old singer-songwriter is known for her unconventional style of dress. Whether she chooses vintage, bright colors or humorous ensembles, Perry pulls it off. Her favorites are fruit-inspired, usually watermelon.

Perry herself announced on Twitter this week that she will be the musical guest on the NBC Saturday Night Live premiere on September 25. And 38-year-old Amy Poehler will host the SNL season opener. 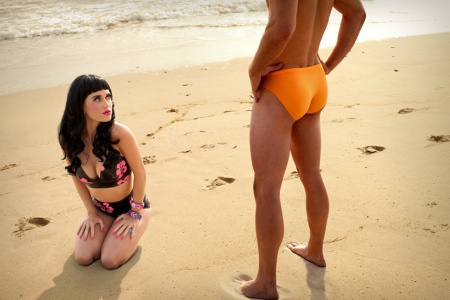 “Dear Amy Poehler can I please be your braced faced neighbor friend that hangs out with you & RICKKKKK!” Katy Perry tweeted. She was referring to the excitable tween character that Poehler played with cast mate Horatio Sanz when she was an SNL regular.

There’s no word yet on whether Perry will be in any of the sketches, but we sure hope so! Maybe we’ll even see her fiance, Russell Brand.