There are many important issues Americans are currently facing: healthcare, immigration, unemployment and the economy. Last night, the country collectively spoke out and decided on another important issue: Who is the America’s Got Talent final four?

It was a weighty issue, but in between performances by Sarah McLachlan and the cast of Broadway’s American Idiot, America proved they were up to the task and chose who would advance to the finals next week on America’s Got Talent. 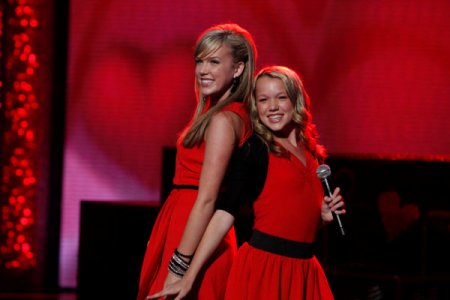 First, Michael Grasso and Prince Poppycock went head to head, but it was the flamboyantly patriotic Prince Poppycock who apparently won the country over, as well as the judges who previously had no words to describe his ability to put on a show.

Next, judge Howie Mandel’s favorite singer in the competition, Michael Grimm, got rid of his guitar and bested Taylor Matthews in order to advance to the finals.

After Jeremy VanSchoonhoven and Christina and Ali were both eliminated, the powerfully pint-sized singer Jackie Evancho, whose voice judge Sharon Osbourne called heavenly, edged out duo Anna and Patryk.

The final spot in the America’s Got Talent final four went to the ambitiously inventive group Fighting Gravity over Studio One Young Beast Society. Judge Piers Morgan felt Fighting Gravity screamed Las Vegas, where the winner will of course headline their very own show. 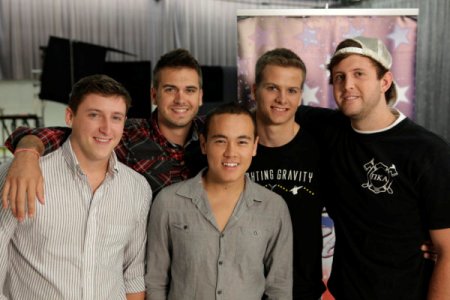 So it’s down to Prince Poppycock, Michael Grimm, Jackie Evancho and Fighting Gravity next week in the finals. Do you agree with Piers and think Fighting Gravity will fit in on the Vegas strip, or should someone else head to Sin City?