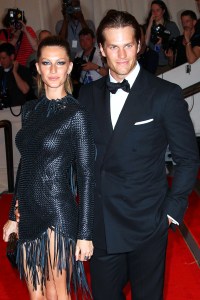 According to E! News, Gisele Bundchen can relax. Husband Tom Brady is fine after a car crash that could have gone terribly wrong for the sports superstar.

The New England Patriot was cruising down a Boston street when his Audi hit a passenger van and rammed into a traffic light.

Multiple sources are reportedly saying Brady was obviously “shaken” by the accident, but escaped the crash on his own and refused to be taken to the hospital. The driver of the other vehicle was not so lucky.

According to a Boston Fire Department spokesperson, the driver of the passenger van was reportedly unconscious and had to be released from the vehicle with the Jaws of Life and then rushed to the hospital.

Tom Brady and Gisele Bundchen share a son, Benjamin, who was born in December of 2009.

Gisele Bundchen is reportedly in New York for Fashion Week. With her husband being in good health after the crash, no word has been released on whether the supermodel will be joining him in Boston.