Britney Spears is reportedly denying all claims that she harassed her bodyguard and inflicted abuse on her children. 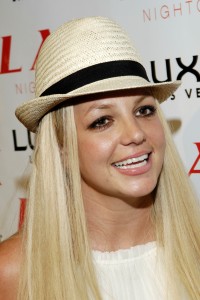 Have no fear, Spears is finally speaking up for herself and her kids, denying all the allegations.

In an official statement released on Britney Spears’ website, the singer blasted Fernando Flores. “This lawsuit is another unfortunate situation where someone is trying to take advantage of the Spears family and make a name for himself.”

The statement continued, “The Department of Children and Family Services conducted a proper investigation surrounding Mr Flores’ accusations and have closed the case without any further action. Ms Spears and her attorneys have every expectation that this matter will be dismissed by the courts.”

According to reports, Flores is claiming that Spears repeatedly “exposed herself” to him, walked around her home in the buff, participated in “sex acts” in front of him and “savagely hit” her little boy Sean Preston with the bodyguard’s belt.

Flores is also allegedly claiming Britney Spears made “unwanted sexual advances” toward him and is seeking unspecified damages.

In an interesting twist, Britney Spears’ ex, Kevin Federline, is jumping to the singer’s defense. Federline’s attorney, Mark Vincent Kaplan, told the Associated Press that the “allegations are a product of economic motives. They are as baseless as they seem.”

Kaplan added, “I think that the timing of this and the nature of the allegations speak for themselves.”

A rep for Spears could not be reached for comment at this time.