Jerry Lee Lewis is getting the big screen treatment once again with stars Brad Pitt and Natalie Portman in talks to join Terrence Malick’s new biopic. 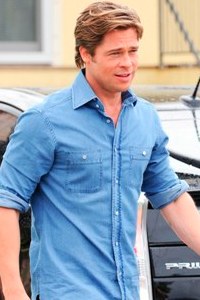 It seems that Natalie Portman’s performance in Black Swan is creating a lot of positive attention for the actress and that is not the only buzz surrounding Portman.

Specifically, Portman is reportedly wanted by filmmaker Malick for his new cinematic take on the life of Jerry Lee Lewis, a film the director is developing with Brad Pitt.

According to The Hollywood Reporter, Terrence Malick (The Thin Red Line) became interested in Portman for a role in his upcoming movie based solely on reviews of Black Swan at the Telluride Film Festival. In the film, Portman plays an ambitious but psychologically fragile ballet dancer.

It’s not clear whether Terrence Malick is planning a straight biopic of the legendary singer, or something more abstract, or even how Brad Pitt and Natalie Portman would fit in, but could you imagine Brad Pitt in the title role of Jerry Lee Lewis? Would he be able to top Dennis Quaid’s portrayal in 1989’s Great Balls of Fire?

Writer Tom Stoppard (Shakespeare in Love, The Russia House) is also attached to the project and is supposedly writing something just for Natalie Portman.