The thief who stole Kirsten Dunst’s purse in 2007 was sentenced for his actions, but he’s not going down without slinging a little mud. 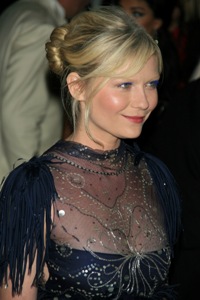 In 2007, James Jimenez snatched a $2000 Balenciaga bag from Kirsten Dunst’s NYC hotel suite at the Soho Grand hotel while the actress was filming her movie, How to Lose Friends and Alienate People. The sticky-fingered bandit is now paying for it.

James Jimenez was convicted of burglary and trespassing.

Allegedly, the 36-year-old mechanic was also found guilty of stealing a cell phone from Dunst’s costar Simon Pegg, as well as other items from the New York hotel. Kind of greedy, don’t you think?

Despite being found guilty as sin, Jimenez is saying he did nothing wrong, claiming he doesn’t “understand why I’m being charged.”

When in doubt, blame it on someone else.

James Jimenez is allegedly placing all responsibility on his co-defendant Jarrod Beinerman. Beinerman pleaded guilty in 2008. Jimenez is saying Jarrod Beinerman nabbed the items in question when he was “given permission” to enter Kirsten Dunst’s suite to sell drugs.

Robert Parker, an attorney for Jimenez, spoke to the NY Daily News. “She certainly didn’t have to come to this trial and lie,” he noted in reference to an interview where Dunst supported the legalization of marijuana.

“I will certainly build a case against Ms Dunst,” Parker revealed. “I don’t think there’s a person on this planet who would believe she doesn’t smoke marijuana.”

Sounds to me like there’s a lot of finger pointing going on in this case. Hey, you do the crime, you pay the time. Deal with it.