George Clooney lured in tons of moviegoers, in spite of poor reviews for The American and the infamous quiet of Labor Day weekend. Machete stayed in the game as well, coming in second at the box office. The weekend’s other new release, Going the Distance, barely made the top five.

With all the barbeques to attend and back-to-school checklists to complete, Labor Day weekend is one of the hardest opening weekends for a movie. Somehow, the poorly reviewed fall movie kick-off, The American, still managed to get decent opening numbers. 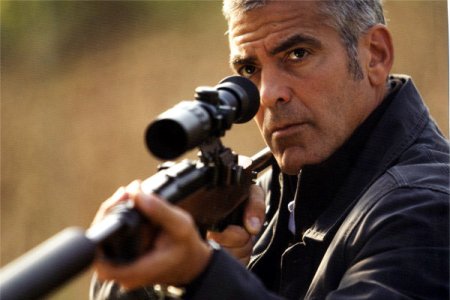 That somehow seems to be a combo of the George Clooney factor and confusing advertising. Most didn’t quite know what to expect from The American. The quick, stylized adverts made viewers think of an American James Bond, with Clooney as our hunky spy lead.

Early reviews from critics and moviegoers were a warning to stay away, but fans turned out anyway, making the movie number one this weekend, with a take of $13.1 million. Tack on The American‘s numbers from its Wednesday release, and the slow, character study has already brought in $19.5 million, which means it will surely cover its $20 million production budget.

It may have helped that the film had Robert DeNiro and Lindsay Lohan in its cast, but Machete also owes some of its success to being a genre film. It seems the masses are interested in Rodriguez’s retro, Mexploitation style.

Last weekend’s other big winner, The Last Exorcism, dropped to fourth after taking a big hit. Labor Day weekend brought in a mere $8.8 million, but the film’s total take so far is not bad, at $33.6 million.

The weekend’s other new release, Drew Barrymore’s rom-com Going the Distance, did not go the, errr… distance. It premiered with a meager $6.9 million but still managed to grab a spot in the bottom of the top five. 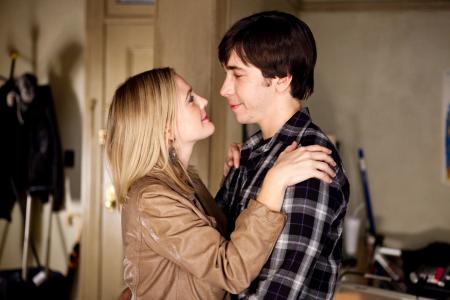 The Expendables continues to stay in the game. It dropped from third to sixth with $6.7 million this weekend, for a total take of $92.2 million, so far. The Other Guys landed in seventh with $5.3 million. Eat Pray Love dropped to eighth with $4.8 million.