With a baby boy on the way and the emotional stress weighing him down, John Travolta has decided to end the Bahamas extortion case related to his son’s death. 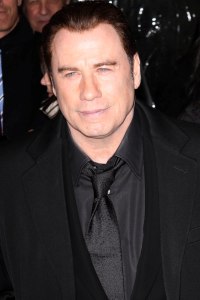 John Travolta decided to drop the Bahamas extortion case against Tarino Lightbourne and his attorney Pleasant Bridgewater, according to the New York Daily News. The two were accused of trying to extort $25 million from John Travolta and his wife Kelly Preston after their son’s 2009 death. Tarino Lightbourne and Pleasant Bridgewater reportedly offered to keep information about Jett Travolta’s death quiet in exchange for the money.

“The Travolta family has said that this matter has caused them unbelievable stress and pain and they wish to put this whole thing behind them,” prosecutor Neil Braithwaite told the court September 6. A retrial was reportedly already set to open.

Last year, the case against Bridgewater and Lightbourne was declared a mistrial after a local politician jumped the gun, suggesting the jury had acquitted Bridgewater. The problem was that the jury was still deliberating. The mistrial meant John Travolta, Kelly Preston and the entire Travolta family would have to relive the trial for a second time in the Bahamas.

John Travolta addressed dropping the charges with the Associated Press. “The long-pending status of this matter continued to take a heavy emotional toll on my family,” Travolta said. “Therefore, after much reflection I concluded that it was in my family’s best interest for me not to voluntarily return to the Bahamas to testify a second time at trial.”

The court ruled in favor of the Travolta family and dismissed the charges against Tarino Lightbourne and Pleasant Bridgewater.

Read on for more John Travolta