SheKnows recently reported Taylor Lautner was entangled in a lawsuit over a cushy trailer on the set of his new movie, Abduction. Well, the 18-year-old actor is now $40,000 richer — or at least his favorite charity is. 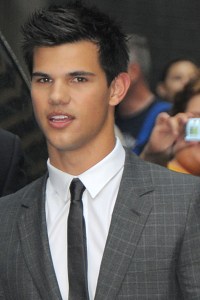 Lautner and McMahon’s RV agreed on a settlement after the RV company reportedly did not deliver a trailer to the set of Taylor Lautner’s movie, Abduction, by June 21.

Allegedly the agreed settlement gives Taylor Lautner and his legendary abs a payday of $40,000. The ironic part is that Lautner will not see a dime of the money.

“McMahon’s RV has agreed to settle its dispute with Taylor Lautner. McMahon’s RV will pay $40,000 to Lautner, which Lautner will donate to the Lollipop Theater Network, a children’s charity with which he has a long-standing relationship,” Taylor Lautner’s attorney Robert Barta reportedly told UsMagazine.com.

A heartbreaker and a humanitarian? This kid is good.

Allegedly, TMZ was claiming the poor boy was plagued with “emotional distress” over not having his plush trailer delivered promptly to the set of Abduction. A source is allegedly telling UsMagazine.com that couldn’t be farther from the truth and the RV was definitely not glamorous.

“This was never a suit about money. It was to hold someone accountable,” the source said. “Taylor never ordered a customized RV. It was a used RV, which needed simple safety-related repairs. There was never any diva behavior. Emotional distress is an automatic checked box on a fraudulent claim.”

Taylor Lautner will soon begin production on the first installment of the two-part conclusion of The Twilight Saga, Breaking Dawn.

Taylor Lautner’s reps were reportedly not available for comment.