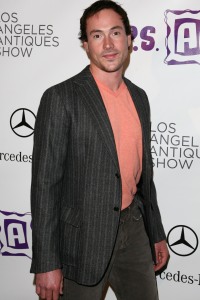 The actor known for his work in the raunchy American Pie movies was stopped June 16 when his car was seen swerving through lanes on a Los Angeles freeway. Chris Klein was eventually charged with DUI.

Chris Klein’s plea carries a sentence of four years probation and four days in jail, which he has already served. The former flame of Katie Holmes will also partake in 18 months of alcohol education classes.

This is not Chris Klein’s first run-in with the law. Klein had racked up another drunk driving conviction in 2005.

Back in June, Klein checked himself into the Cirque Lodge treatment facility in Utah following the second arrest. The actor hoped to clean up his act.

“After recent events, Chris was forced to take a clear look at a problem he has been trying to deal with himself for years. He understands now that he cannot beat this disease alone,” Klein’s rep, Jaime Primak, said in June.

Hopefully this will be the last we hear of Chris Klein’s continual downfall.