Kara DioGuardi is leaving her post as a judge on American Idol. 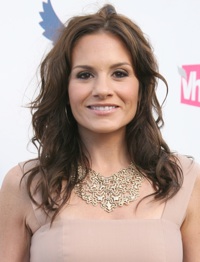 “I felt like I won the lottery when I joined American Idol two years ago, but I feel like now is the best time to leave Idol,” Kara said.

“I am very proud to have been associated with American Idol — it has truly been an amazing experience. I am grateful to Fox, FremantleMedia and 19 Entertainment, as well as the cast, crew and contestants, for all they have given to me. I look forward to my next challenge, and want to thank everyone who has supported me. All the best to everyone on season 10!”

Show creator Simon Fuller said, “I will miss having her on the show, but I look forward to working with her in music for many years to come.”

DioGuardi is one of the most high-profile songwriters in the music industry, with 279 songs released on major labels, 169 on multi-platinum selling albums and has had almost 50 international charting singles over the course of her career. Perhaps you’ve heard of Christina Aguilera, Britney Spears, Hilary Duff, Pink, Kelly Clarkson, Carrie Underwood, Miley Cyrus, Demi Lovato and Meat Loaf? DioGuardi has written for them all.

Producer Nigel Lythgoe is back on Idol this season, and the possibility of a rift between the two is floating around after he remained strangely mum on Kara’s departure. “We will be bringing the spotlight back onto the talent and away from the judges,” he said. “I think that’s really very important, especially when you lose such a superb judge as Simon Cowell. You need to move the spotlight off him very quickly! But in truth, we’ve forgotten that it’s the talent that drives the program at the end of the day.”

Not a peep about Kara. Interesting.

So it seems Randy Jackson is the last judge standing. Who’ll join him? We’re hearing Jennifer Lopez will be signed by this time next week!