American Idol’s top “dawg,” Randy Jackson, isn’t going anywhere. Despite all the recent shakeups on the Fox musical juggernaut, American Idol judge Randy Jackson has officially signed on to return to the tenth season of the show, set to premiere in January 2011. 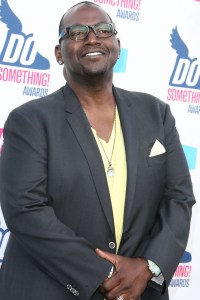 Lost in the shuffle was Randy Jackson, who many suspected would retain his seat on the panel but it was only today that E! news reported a deal had been struck between the show and Jackson.

“Randy’s locked in and pumped about it,” says a source. “They’ll officially announce with the other judges.”

And who are those nebulous other judges? According to reports, that might not be finalized until the show rolls back into production at the end of September.

Deep down, we kind of hope Paula Abdul will be invited back. We miss her mindless blathering, though it might not be as fun without Simon there to roll his eyes.