Going the Distance in many ways feels like it is trying to be a Judd Apatow film for women. Does the film starring Drew Barrymore, Christina Applegate and Justin Long succeed in that effort?

First, let us start with the performance of Drew Barrymore. Barrymore is the bomb in physical comedy as well as intellectual comedy and in Going the Distance she gets to showcase both. Whether serving as the teacher in Donnie Darko or the amnesia-stricken target of Adam Sandler’s affections in 50 First Dates, Barrymore delivers — every time. 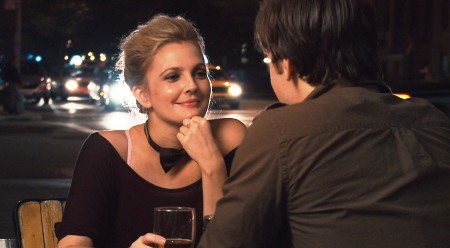 In Going the Distance, Drew Barrymore shines, especially with a drunken dart throwing episode that requires serious dedication to the craft of being drunk and not able to shoot darts straight as people watch alarmed. Any other actress could have made her character void of anything beyond surface, but in Barrymore’s hands, audiences want to be Going the Distance.

Unfortunately, other than the comic musings of Charlie Day and Jason Sudeikis, the film falls a little flat. It tries to be something that it never quite gets to — a Judd Apatow film for women, complete with raunchy humor and situations. But at times, the crudeness seems forced.

Yes, Christina Applegate and Drew Barrymore were born to be cinematic sisters, but we’re not sure there was an electric connection between Barrymore and Long. More often than not, real life are-they-or-aren’t-they couples rarely spark on screen. In Going the Distance, the romantic pop simply is not there in droves. 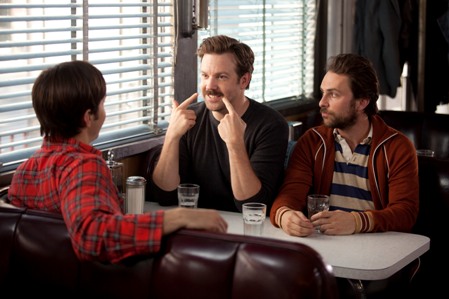 Going the Distance is totally terrific if you enjoy Barrymore or Applegate on screen. Those two, separately or together, would always get us into the theater. Christina turns in a steely, sensationally subversive comic performance that only further adds to our appreciation of all things Applegate. 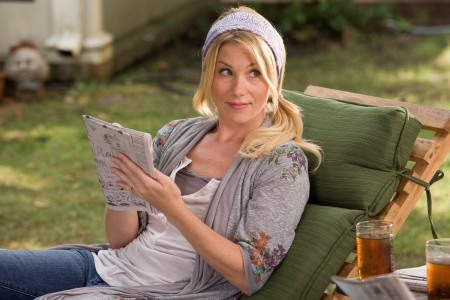 So, back to our question, does Going the Distance go the distance? In this case, the three-star rating is because of aspects of the film that we feel are three-fifths of a good film — Barrymore, Applegate and the direction of first-time director Nanette Burstein. All three do incredible work with a romantic comedy that works for both male and female audiences and is frankly, quite hilarious!

Read on for more Going the Distance