Stephen Hawking may be known in popular culture for his appearances on TV shows from The Simpsons to Star Trek, but he is also one of the most brilliant minds of our time. Dr Hawking struck a nerve across the globe with the release of his latest book, The Grand Design. What he wrote is causing an international outcry on both sides of the religious aisle. 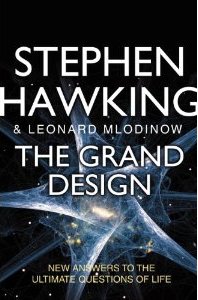 Hawking basically said in his new book — and something he has been hinting at for years — that he believes God had nothing to do with the creation of the universe. Like a character out of The Big Bang Theory, Hawking laid out his principles of physics that explain how the universe and thus us, came to be. It caused, you guessed it, a bit of a bang.

Hawking taking on God is nothing new to those who have followed the brilliant physicist’s career. Sure, the great Dr Hawking is not literally taking on God, merely he is suggesting that from the most enormous to the littlest of the little, everything in the universe can be explained by science.

The renowned British physicist Hawking wrote The Grand Design with American physicist Leonard Mlodinow and in it they state, “Because there is a law such as gravity, the universe can and will create itself from nothing. Spontaneous creation is the reason there is something rather than nothing, why the universe exists, why we exist. It is not necessary to invoke God to light the blue touch paper and set the universe going.”

As the fever of the discussion heats up, one thing may be needed to cool the debate and bring what we all need upon occasion, a good laugh. Imagine the Simpson’s character, Dr Stephen Hawking, popping wheelies and saying through a robotic voice creator, “There is no God is not what I’m saying. God just didn’t have anything to do with why we are here.”

That is exactly where this story will find itself in a couple of years, on The Simpsons.