After a summer of gossip surrounding who would fill the empty American Idol judges’ chairs, Fox could have an official announcement as early as next week. 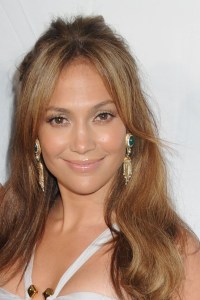 According to reports from TMZ, Jennifer Lopez is one step closer to inking a deal with Fox and American Idol.

Allegedly, Lopez is currently finalizing negotiations with American Idol to fill the vacant seat of former judge, Simon Cowell — or maybe it’s Ellen DeGeneres’ spot — we may know soon. Depending on how the picks play out, Idol could replace all three exiting judges, Simon Cowell, Kara DioGuardi and Ellen DeGeneres or go back to a three judge panel.

Apparently, sources with their ears close to the reported negotiations are telling TMZ that the bootylicious Jennifer Lopez has been drama free and keeping her inner diva in check. This comes as quite the surprise as previous reports claimed the triple threat was pulling the needs and demands card.

One source close to the deal of the century is claiming, “It’s been typical negotiating.”

For weeks, the rumor mill has been running rapid with which star would be the sure bet to replace the chairs of Simon Cowell, Kara DioGuardi and Ellen DeGeneres. Everyone from crooner Harry Connick Jr to rocker Steven Tyler and Mariah Carey have led the race to the judges’ table, but none were as talked about as Lopez.

Provided there are no last minute switcheroos, word is Fox and American Idol’s deal with Jennifer Lopez could be set in stone as early as next week.