With the Breaking Dawn screenplays in their final edits, word comes that the final installments of The Twilight Saga won’t tread lightly when it comes to Bella’s (Kristen Stewart) violent birthing scenes. Edward (Robert Pattinson) and Bella’s baby, Renesmee, will have her arrival as hard core as it was in the book. 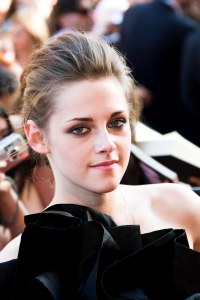 “The childbirth should be on screen,” screenwriter Melissa Rosenberg said earlier this month. “Would we actually see Edward’s teeth through the placenta? I don’t think so. I don’t think we need to see that. It will be implied.”

Now, new updates are coming out of Baton Rouge, where Rosenberg is putting the polish on the final Breaking Dawn scripts with director Bill Condon. One set of scenes getting special attention is Renesmee’s brutal birth.

Don’t worry: There still shouldn’t be any placenta-ripping images!

“I don’t think it’s about the amount of blood you show,” Rosenberg explained. “It’s about the intensity of it. It’s on their faces. It’s all from Bella’s point of view when you’re seeing what’s going on. It should feel visceral. I think it’s going to be pretty intense.”

Rosenberg’s fave scene to write, however, has been Bella’s own birth — or rather, rebirth. 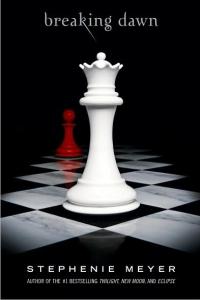 “Seeing Bella (Stewart) as a vampire and her adjusting to her powers and embracing them, those are all really fun scenes to write,” she told PopSugar. “Particularly when you picture Kristen Stewart playing her, and the way she’s embodied Bella as a sort of awkward, fidgety persona. When she turns into a vampire, all of that goes away.”

With the final two installments of The Twilight Saga set to start shooting this fall, Rosenberg is feeling the pressure to get the script done in time.

“It better damn well be before the beginning of November, because that’s when we start shooting,” she said.