Ashton Kutcher might be young, but when it comes to his relationship with hot older wife, Demi Moore, it’s anything but child’s play. The actor is reportedly taking aim at Star magazine for calling him a cheater, something Ashton Kutcher won’t stand for. 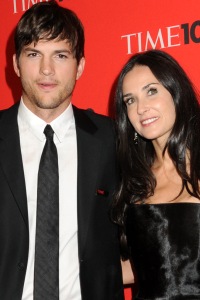 You’ve got to hand it to Ashton Kutcher. He’s made his marriage to Demi Moore last, which is something nay-sayers originally thought the star couldn’t do. But Kutcher isn’t necessarily the same goofy guy he once was.

His developed relationship with Demi Moore is taken seriously by Ashton Kutcher and the latest tabloid story by Star magazine is being put on notice.

Kutcher hit up his wildly popular Twitter page to blast Star magazine, which is claiming the couple’s marriage “is in danger of falling apart” because the actor was allegedly “caught cheating with a sexy, young, 20-something.”

“I think Star magazine calling me a cheater qualifies as defamation of character. I hope my lawyer agrees,” Kutcher tweeted.

He also wrote, “Star magazine, you don’t get to stand behind freedom of the press when you are writing fiction.”

Good for you, Ashton Kutcher and Demi Moore.