In a twisted turn of events, TI and his new bride find themselves in a situation close to Paris Hilton’s heart. The rapper and Tameka “Tiny” Cottle have been arrested for drug possession. Read on to find out one striking similarity to Paris Hilton’s case. 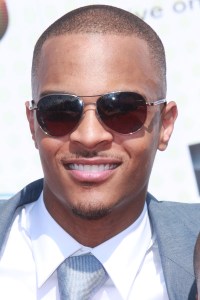 According to TMZ, rapper TI and his blushing new bride, Tameka “Tiny” Cottle, were arrested September 1 for possession of a controlled substance. The couple, who married just a few short weeks ago, was reportedly arrested in West Hollywood.

Here’s where the Paris Hilton similarity shows up. Allegedly police took notice of the couple after they caught a whiff of marijuana coming from their car. When police originally stopped Paris Hilton in Las Vegas, marijuana smoke was detected coming from her car. Ironic, isn’t it?

According to Los Angeles sheriff’s deputy Mark Pope via the Associated Press, TI and Tameka “Tiny” Cottle were arrested after “a narcotics investigation ensued.” Reports are still not confirming what drugs were found.

How this latest arrest will fare for TI will play out interestingly. He is currently on probation for illegally purchasing machine guns.

TI, whose real name is Clifford Harris Jr, recently claimed to be moving toward a more positive future in a statement to the Associated Press.

“Right now, it’s all about moving forward and just acknowledging the blessings that are here today,” the rapper said. “Just moving past the regrets of yesterday. The things that could’ve been done better.”