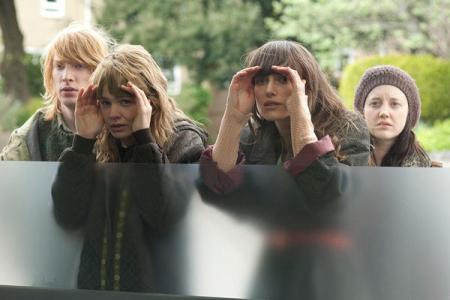 What it’s about: Kathy (Carey Mulligan), Ruth (Keira Knightley) and Tommy (Andrew Garfield) all exist in a landscape that looks remarkably familiar to anyone walking the western world. About to leave a prestigious boarding school, the trio immediately learns the world is awaiting a terrible fate.

Easy A
Starring: Emma Stone, Penn Badgley, Stanley Tucci, Thomas Hayden Church, Patricia Clarkson, Cam Gigandet
What it’s about: Emma Stone is Olive and Olive’s in a bit of a situation. After telling her BFF how she spent her weekend, said friend falsely deduces she spent the night with a community college boy. As quickly as one can change their Facebook status, the entire school knows about Olive and what she did last weekend. Instead of fighting it, Stone’s Olive takes another route. With this fresh take on comedy, trust us, a star is born in Emma Stone. Also, the influence of The Scarlet Letter is pronounced to hilarious lengths. 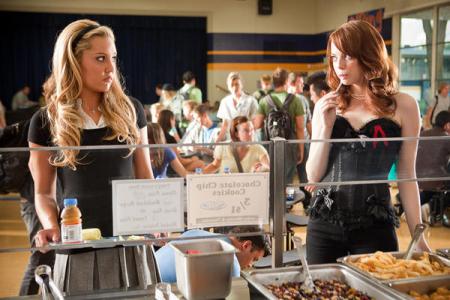 The Town
Starring: Ben Affleck, Rebecca Hall, Jon Hamm, Jeremy Renner, Blake Lively, Titus Welliver, Pete Postlethwaite, Chris Cooper
What it’s about: Would you believe that there are over 300 bank robberies in Boston every calendar year? Boston boy Ben Affleck sure understands that and the other thing he grasps comprehensively is how to direct a terse film set in Boston. The director of Gone, Baby, Gone is back behind the camera and in front also as a star in this bank heist film that promises to rejuvenate the genre. 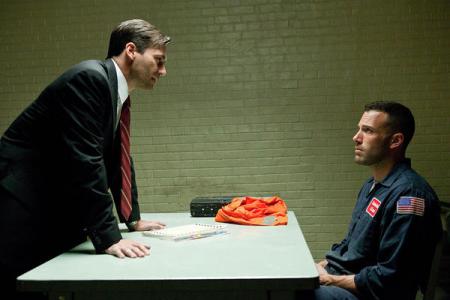 Alpha and Omega
Starring: Hayden Panettiere, Christina Ricci, Justin Long
What it’s about: Alpha and Omega is a 3D animated film that takes audiences inside the pack. Wolves have always been fascinating creatures and in Alpha and Omega animators have taken their story and put it front and center. When park rangers ship two wolves across the country, things in the park quickly start to come apart. Meanwhile, the Alpha and Omega wolves — get it! — find their way back home in a road trip movie of the animal kind.