Bravo has produced some great moments in The Real Housewives brand. Now the reality series is taking on a new kind of housewife — from Beverly Hills.

Related story Imagine This: RHOBH's Kim Richards Could Have Been Our First Lady

From New Jersey to DC, we’ve seen it all when it comes to Bravo’s hit reality series, The Real Housewives. How can the network possibly top table-flipping Teresa Giudice? They’ll certainly try as the series puts its stamp on one of the country’s most influential zip codes with The Real Housewives of Beverly Hills. 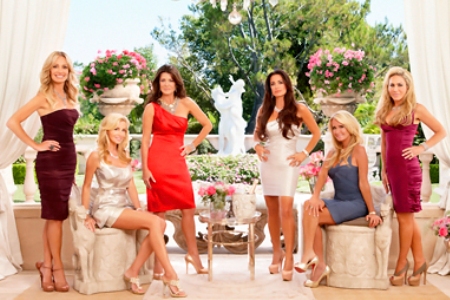 What kind of cast would The Real Housewives of Beverly Hills include? Several notable names are the ex-wife of Kelsey Grammer, Camille Grammer, and Kyle Richards, Paris and Nicky Hilton’s aunt.

Check out the full cast below courtesy of Bravo and tell SheKnows who you think might stir up trouble in America’s most famous zip code. 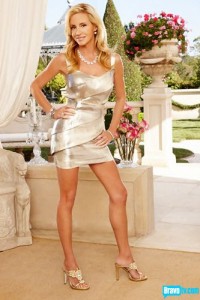 Camille Grammer, a dancer and actress, began her career on MTV’s Club MTV, before marrying Frasier star Kelsey Grammer. Kelsey and Camille Grammer filed for divorced earlier this year but own a production company together, Grammnet Inc, that produces Medium, Girlfriends and The Game.

Adrienne Maloof moved to Beverly Hills from Albuquerque, New Mexico, 15 years ago. Adrienne Maloof, her mother and four brothers make up the Maloof family dynasty whose multi-faceted sports and entertainment enterprises include the Sacramento Kings, Palms Casino Resort in Las Vegas, Sweeping Palms Entertainment and Maloof Money Cup, the world’s largest skateboard competition. She is married to a plastic surgeon.

A former successful child actress with Disney, Kim Richards is a single mother of four working on a jewelry line and a water bottle line. Kim Richards is also the sister of cast mate Kyle Richards.

Kyle Richards is the aunt of Nicky and Paris Hilton. Like her sister, Kim Richards, Kyle Richards has been acting since childhood. She’s married with four children and an avid cancer advocate.

A Brit who has only been in the US for five years, Lisa Vanderpump owns two restaurants in the Los Angeles area and is a writer for a lifestyle magazine.

Catch the premiere of The Real Housewives of Beverly Hills Thursday, October 14.