Bethenny Frankel knows when it’s time to move on and apparently this is it. The Real Housewives of New York City star is apparently calling it quits. 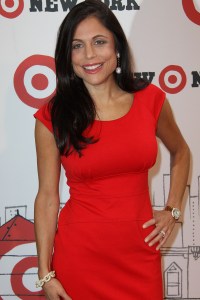 Fans of Bethenny Frankel and The Real Housewives of New York City knew this day was coming. You could see it in the signs. Bethenny Frankel used to revel in her no-fuss attitude and no crybabies allowed mentality but now the reality star lets the water works flow and has softened, thanks to her new husband and newborn baby girl.

So, it was only a matter of time before Frankel exited The Real Housewives of New York City and quit the Bravo show altogether. In a statement made to Access Hollywood, Bethenny Frankel explained, “My gut’s saying not to be part of this cast.”

According to Us Magazine, Bethenny Frankel may have taken her final bow with The Real Housewives of New York City, but it’s not completely the end. Us Magazine is reporting Frankel is required to fulfill her contract and “appear” on the program.

After catching the first season of Bethenny Frankel’s new show on Bravo, Bethenny Getting Married?, it’s easy to see why it was time for her to move on to greener pastures. Frankel is a witty and dynamic woman who was getting lost in the drama of feuds that read like high school wars. According to reports, Bethenny Getting Married?, which followed Frankel as she married Jason Hoppy and delivered their first child, Bryn, was Bravo’s biggest watched series premiere in the network’s history. Allegedly the finale brought in nearly 2 million viewers.

Watching Bethenny Frankel put a stop to her runaway bride antics and settle down with Jason Hoppy was a fresh summer story to watch. Add baby Bryn to the mix and it was even sweeter. Frankel can stand on her own with the diverse life she leads. The woman has an alcohol line, book deals, and her own language to keep us guessing. We want to see more of her and hopefully we will in a new extension of Bethenny Getting Married?

Wait, now that she’s married what would Bravo call it?