Say what you want about Paris Hilton, but one thing is for sure: The girl takes fabulous mug shots, we’re just saying!

Paris Hilton was arrested for the third time last week in Las Vegas when a bag of cocaine fell from a purse she at first claimed wasn’t hers. Her arrest gave us the third awesome mug shot of the celebutante who knows how to work a camera better than anyone. 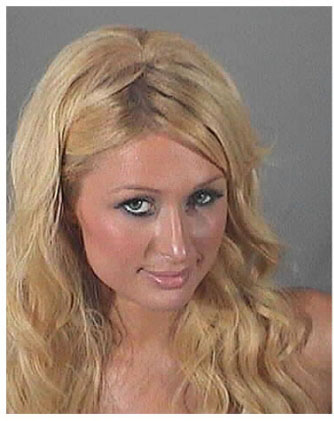 The first in a series of soon-to-be classics — the Paris Hilton mug shot from her 2006 DUI arrest. Paris was pulled over by cops who noticed her Mercedes McLaren driving erratically shortly after midnight. She blew a .08 — right at the California minimum level for DUI.

What was Paris Hilton’s excuse that night? She said she only had a single margarita at a charity event, but that she had been awake for 24 hours shooting a music video and hadn’t eaten all day.

Paris copped a plea and was sentenced to 36 months of probation, a small fine and mandatory alcohol education classes. Which leads us to… 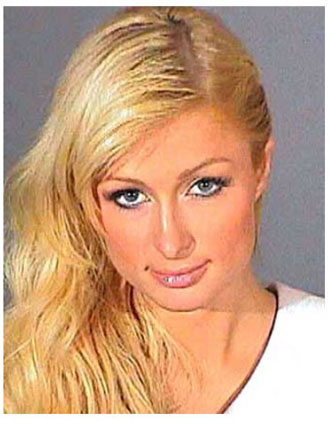 In 2007, Paris Hilton went to jail on a parole violation stemming from her 2006 arrest and cried about it the whole time. She wasn’t crying when she took this 2007 booking photo, though. In fact, she looks like a perfectly done-up LA doll: false eyelashes, fresh highlights in her hair and perfect lip gloss. I suppose if you know ahead of time that a photo will be seen around the world, you make sure you look good — even if you’re heading to the pokey.

Paris tried to skate with as little jail time as possible, but the judge wasn’t having it. In fact, when the police sent her home from jail because of the old “overcrowding” excuse so often given for celebs spending less time behind bars than normal people, the judge sent deputies to her house to drag her back to the slammer!

Up next…Paris Hilton looks her best in her mug shot 2010!