As the Today show’s Matt Lauer pointed out, this has been the best of times and the worst of times for Sandra Bullock this year. Despite the ups and downs Bullock has faced, she proves stronger and better than ever in a sit-down interview with Lauer.

In a pre-taped interview airing August 31 on NBC, Sandra Bullock sat down with the Today show’s Matt Lauer for the first time since Bullock’s divorce to Jesse James. America’s sweetheart was composed and unwavering as she discussed her future, baby boy Louis and her ties to a deserving New Orleans school. 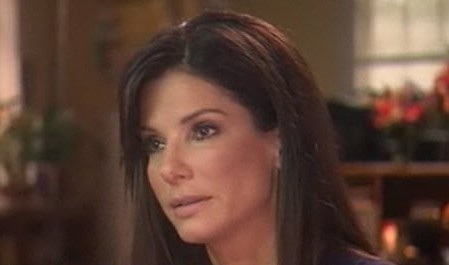 Matt Lauer met up with Sandra Bullock at Warren Easton Charter High School, where the Oscar-winning actress took part in the school’s health clinic ribbon cutting ceremony. The school suffered more than $4 million in damages during Hurricane Katrina, but Sandra Bullock’s generous part in rebuilding the school has put its future back on track.

Sandra Bullock and Matt Lauer also took the time to talk about Bullock’s personal tragedies over the past year, but Bullock’s new son is the light of her future.

The new mommy to New Orleans-born and adopted son Louis said it was a “long, long process” to get her “little Cajun cookie.”

“It felt so rich. It felt like it was time, you know. I wanted to do everything exactly the same way everyone else did,” Bullock explained. “And, it was, he was always mine, you know. It wasn’t like I felt like someone was going to take him away. But it was nice to have someone say, I think you’re a fit parent.”

Sandra Bullock, 46, also feels little Louis came to her for a reason. “I think, everything works out the way the universe wants it to work out,” she told Today’s Matt Lauer. “We had always said that it didn’t matter where the child came from. If they had issues that were medical issues, we didn’t care. It’s like the child that needed us in the home is the child that’s going to be placed.”

Hopes for a boy were also never in Sandy’s plans. “And I didn’t think it would be a boy. We don’t have any boys in our family. Boy, is everyone really happy about that. So, he’s like the crown prince. You know, it’s nothing but girls in our family,” Bullock gushed to Matt Lauer. “I mean, my cousin in Germany has one son — no boys. Can you imagine how miserable our father is? I mean, every pet was female. But it was just the hierarchy that needed to be broken.”

The decision to keep Louis’ adoption secret was also something Sandra Bullock held close to her heart and speaks volumes about trust when it comes to her friends and family helping her keep it together.

“It takes good people with integrity. Human beings exist that have integrity that know how to keep their mouth shut, that know the bigger picture, that don’t sell out their friends. Those people are all over the place. But again, we don’t like to talk about it, because it doesn’t sell a magazine. But I was blessed with the same friends I’ve had since before things got really special for me and blessed in life,” Sandra Bullock said of keeping the adoption quiet.