Drew Barrymore has never appeared in an R-rated comedy in her adult life. Hard to believe, no? With Going the Distance, Barrymore is more than making up for lost R-rated time in a romantic comedy that exposes the difficulties of the long distance relationship and all the funny moments in between. 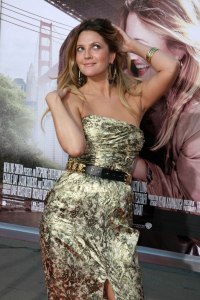 Barrymore has lived her life on screen. As a child, she became endeared to audiences with her star-making turn in Steven Spielberg’s ET and hasn’t looked back since.

Looking at a? simple sampling of the film work of Drew Barrymore?, ?????it would be easy to adorn her mantle with a Lifetime Achievement Award.

But, given the body of work, all award-givers out there might want to wait another few decades to see what Barrymore brings to the screen in part two of ???h?e??????r career. It is a career that has been earned in some ways more than many in her generation through hard work and tireless effort to further enhance the art of film.

From ET, Barrymore burned in Firestarter, then found her way back to movie stardom in ??Boys on the Side,?? The Wedding Singer, Never Been Kissed, Ever After, Everyone Says I Love You, Charlie’s Angels, 50 First Dates, Grey Gardens and He’s Just Not That Into You. She made her directorial debut in Whip It and now she is set to be Going the Distance with her favorite guy, Justin Long.

SheKnows: You and Christina Applegate as sisters are bloody brilliant. Are you surprised that it never happened before? 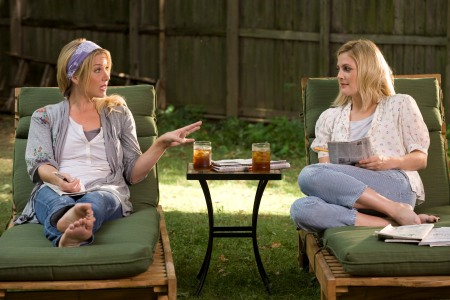 Drew Barrymore: I thought it was interesting. I felt like we started to really look alike, which I thought was cool. I loved when people cast siblings where it’s actually feasible that they could have come from the same womb. And we used to be in a dance class together when we were kids, but she looked really good in spandex and I did not. I’ve known her forever, we have a lot of parallels. It worked for us. I felt like we started to morph.

SheKnows: What was more challenging to film in Going the Distance, reenacting the falling in love part of life with Justin Long or some other factor?

Drew Barrymore: Actually, one of the challenges that I was most excited about was doing the drunk scene. Me and Nanette [Burstein, the director] really focused on what type of drunk she was and what can we adlib and what would be spontaneous. If you were really angry how would you just let loose? It was the most fun day at work ever, because I really just let loose.

SheKnows: How is your character a modern woman in the sense of the realities of today? Being a journalist intern at 31, for one, it certainly mirrors the lives of millions out there who are finding new ways to make a living while still holding on to a dream. 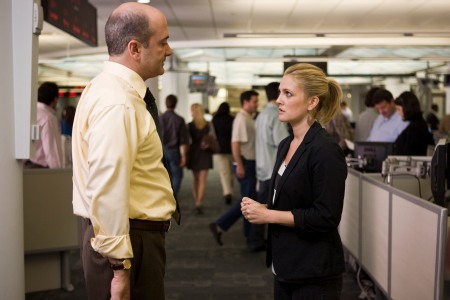 Drew Barrymore: Yeah, I definitely was excited to play her! Also, I just wasn’t in that place in my life where I wanted to play a cuckoo, wacky role-reversal sort of scenario.

SheKnows: And how do you think that Going the Distance speaks to today’s audiences?

Drew Barrymore: We’re all travelers and you try to make distance work with relationships, and [I like] someone who can hang out with guys and loves women but has a spine and is funny. I just feel like I relate to that kind of person right now in my life, so it was a pleasure for me to get to improv and just work in a much more free-flowing way where you could play around and you didn’t have to be censored because you have an R rating, and that to me was just an absolute pleasure.

Up next…Drew Barrymore bares her soul. What would you guess is her most treasured? ?i?t?e?m?