George Michael has checked into rehab under threat of jail time. 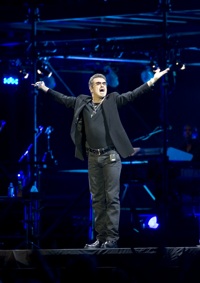 The singer was recently arrested for the seventh time on DUI-related charges and had his license suspended for six months after pleading guilty to driving while stoned.

Now the Careless Whisper crooner says he has seen the light and checked himself into rehab. In a letter to his fans posted on his website, George Michael wrote:

“My dear fans, as usual I am overwhelmed by the support and genuine concern that so many of you around the world have expressed in recent weeks. I want to thank you all sincerely, and also to reassure those of you who worry so much for me. I fully appreciate the seriousness of my current situation, for which I truly apologise. You will understand that it would be wrong of me to go into details before the court case has ended. But I feel you should know that on the day after the incident I checked in to a clinic for a 14-day detox program here in London, which has been followed by ongoing outpatient drug counselling several times a week. Personal problems which I had tried to deal with myself had clearly got the better of me, and I am sorry that my pride has prevented me from seeking help before now. I would also like to express my thanks to those whose discretion allowed me to begin this process in private, which has helped me greatly.”

So yay and good for George Michael, right?

Here’s the thing…It could all be little more than an attempt to impress the judge into giving him less jail time. Hey, it worked for Charlie Sheen.