Philip Seymour Hoffman’s acting skills are of the Godly gift variety. Whether it is his Oscar-winning performance in Capote, or earlier turns in The Talented Mr Ripley, Boogie Nights or 2009’s Pirate Radio, Hoffman’s talent is inescapable.

With Jack Goes Boating, the acting superstar is heading behind the camera for his first foray into film directing. Hoffman’s film, based on the off-Broadway play, premieres September 17 in limited release with a full nation-wide release on September 23. Jack Goes Boating stars Hoffman, Amy Ryan, John Ortiz and Daphne Rubin-Vega. So what’s the story, morning glory? 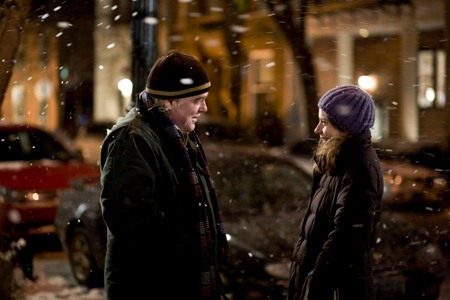 Jack Goes Boating: What it’s about

Jack Goes Boating is the story of four friends — two couples — and how their lives are different and also similar.

Jack (Hoffman) and Connie (Ryan) play two single New Yorkers who are finding themselves drifting into the anonymous backdrop of Manhattan. When the duo find each other, they find the strength and power to emerge from the shadows and tackle their dreams head-on. 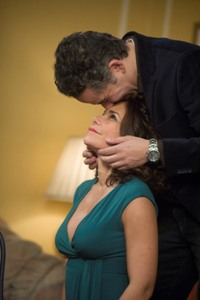 Just the opposite are their friends Clyde (Ortiz) and Lucy (Rubin-Vega), who on the outside appear to have a happy marriage, but on the inside are in fact dealing with serious issues that threaten to destroy their wedded bliss.

Connie and Jack were set up on a date by Clyde and Lucy and the film follows the budding relationship as it serves as a contrast to Clyde and Lucy’s disintegrating marriage. Jack Goes Boating is a modern tale, tackling the issues of falling in and out of love in the new millennium.

Jack Goes Boating is the perfect fall movie that tackles real interpersonal issues as opposed to the summer movie onslaught of remakes and big budget sequels. It is a story of friendship, grace, betrayal and love.

Hoffman’s directorial debut was lauded at the Sundance Film Festival and is slated to be showcased at the upcoming Toronto Film Festival in September.