According to reports from TMZ, Paris Hilton will be charged with possession of a controlled substance stemming from her recent Las Vegas arrest. 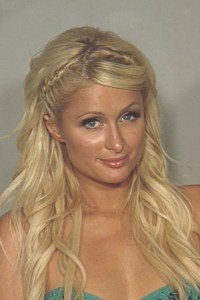 TMZ is alleging Paris Hilton will be officially charged with possession of a controlled substance. The police report reportedly snagged by TMZ claims the heiress was in possession of .8 grams of cocaine when she was stopped on the Las Vegas strip by a motorcycle officer, August 27. Rumor has it that the DA will file the case later today.

TMZ obtained the police report from the cop who stopped the black Escalade Paris Hilton and boyfriend, Cy Waits, were riding in at the time of the arrest. The report alleges the officer pulled up to the passenger side of the Escalade and he smelled “the strong odor of marijuana coming from the vehicle.”

The cop then wrote in the report he recognized Hilton as she tried to roll up the window.

According to more details from the report, after the cop stopped the couple a crowd began to gather, and Paris Hilton asked if she could use the bathroom at the Wynn Hotel.

While at the hotel, Paris allegedly told the cop she needed lip balm and he gave her the purse. “As she began to open it, I saw a small bindle of what I believed to be cocaine in a clear baggie begin to fall from the purse and into my hand,” he reported.

According to the cop he also saw a “broken tablet of Albuterol,” which is a prescription drug used to control wheezing. Claims also say cops found Zig Zag wrappers. Zig Zag wraps can be used to roll a marijuana cigarette, which could be why there was marijuana smoke wafting from the Escalade — just saying.

After questioning, Paris Hilton reportedly told the cop the Albuterol was hers but the cocaine was definitely not. She also said the purse belonged to a friend. Now, this next part of the police report might give readers a giggle. When asked about the cocaine, the cops claim, “She said she had not seen it, but now thought it was gum.”

If Paris Hilton is convicted of the charge she could get anywhere from probation to four years in prison in compliance with Nevada law. According to reports the standard sentence is one to four years. She could also face a heavy fine of up to $5,000.

Stay tuned for more news on this developing story.