Have you ever sat at home watching American Idol, or something like it, and asked yourself if the voices were truly as perfect as they seem? After the latest reports started surfacing about the use of Auto-Tune on the UK-based show, The X-Factor, we’re starting to wonder even more. 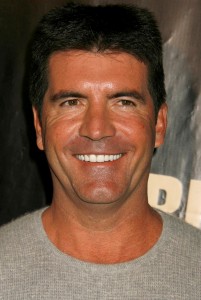 According to The Hollywood Reporter, The X-Factor, a singing competition series created by Simon Cowell, will be removing all Auto-Tune technology from future episodes.

Simon Cowell did comment and admit to the show’s usage of Auto-Tune, an audio processor that corrects a singer’s pitch and tone.

“People have got to be able to trust The X-Factor. We are not faking anything,” Simon Cowell reportedly told the British press.

“People love this show, millions watch it every week and we absolutely respect that. We never take it for granted,” he added.

So what happens next for Simon Cowell’s pitch-perfect show?

Allegedly producers must re-edit future audition shows to remove any and all voice-modifying programs to give an “authentic” version of the singers’ voices.

Why did The X-Factor use Auto-Tune in the first place? According to a spokesman for the show, Auto-Tune was used to “deliver the most entertaining experience possible for viewers.” The spokesman also claims the judges did not assess the contestants based on the “corrected” versions.

On the flip side, American Idol producers are speaking out about the criticized blunder. They say they never have and never will use similar technology.

Wonder if Simon Cowell will keep the Auto-Tune technology out of The X-Factor version he’s working on for the US. It is scheduled to debut on Fox in the fall of 2011.