Paris Hilton’s headlining antics are back in the news. Authorities in Las Vegas are reporting that they arrested Paris Hilton for cocaine possession.

Just days after surviving a horrid attempted home invasion at the hands of a man (Nathan Lee Parada) bearing two large knives, Paris Hilton has suffered another blow — this time at her own hands. 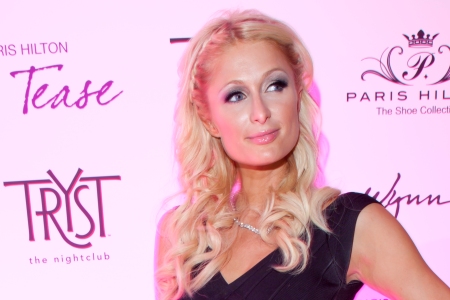 Reports are alleging a police motorcycle officer pulled over a black Cadillac Escalade driven by Paris Hilton’s boyfriend, Cy Waits, in Las Vegas. According to claims, the 29-year-old heiress was cruising with Waits down the Las Vegas Strip near the Wynn Las Vegas hotel on Friday, August 27, when a police motorcycle officer pulled over the car because he smelled marijuana smoke coming from it.

When the officer did a check, he found an “undisclosed” amount of cocaine in Paris Hilton’s purse.

According to reports, Lieutenant Wayne Holman said Hilton was quickly taken into the Wynn Las Vegas hotel “to keep her safe” as a crowd gathered to witness the events unfold.

Both Paris Hilton and Cy Waits were booked into the Clark County jail, according to Police Officer Marcus Martin. Paris Hilton was then arrested on suspicion of felony cocaine possession. Her boyfriend, Cy Waits, was arrested on misdemeanor suspicion of driving under the influence of alcohol or drugs.

On Saturday, August 28 at 2:45 am, Hilton was released without bail while Waits’ lawyer said he posted $2,000 bail and should be released later on Saturday. Paris Hilton’s lawyer, David Chesnoff, is claiming to still be “gathering the facts,” according to the Associated Press.

“I caution people not to rush to judgment,” he said.

This isn’t her first brush with drugs. In July of 2010, Paris Hilton was detained in South Africa for alleged marijuana possession. Lucky for Hilton, the charges were void after a responsible friend spoke up and said the marijuana belonged to her.

Just a few short weeks after the South Africa incident, Paris Hilton news sprung again. This time reports were running amuck, saying Hilton was stopped in France after authorities found less than a gram of marijuana in her purse. She really needs to stop putting incriminating evidence in her purse — just saying!

Paris Hilton went to Twitter to declare her innocence in the France fiasco. “The stories saying I have been arrested are completely false!” Hilton wrote.

In an interesting interview with Larry King after the two incidents, Paris Hilton assured viewers she never used drugs. “Have you ever been addicted to drugs?” King asked Hilton. “No,” Hilton told King.

This could be Paris Hilton’s nail in her coffin when it comes to the public. Most times, fans will forgive indiscretions if the star takes responsibility. But if you swear you’ve never done drugs and you’re being cited in three different drug-related events, people will start to wonder.