Where has the time gone? In what may come as a surprise to those who watched him grow up, former child actor Macaulay Culkin turned 30 on August 26. 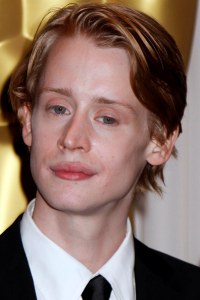 It seems like just yesterday we were marveling at adorable Macaulay Culkin as he played Kevin McCallister, the precocious 9-year-old left by his family to fend for himself, in 1990’s Home Alone. If that cute, yet devious troublemaker is 30, how old does that make the rest of us? Anyone else want to plead the fifth?

Sure, we’ve seen him mature over the years as he went on to star in more adult-themed films including Party Monster, Sex and Breakfast and Saved!, and he even began and ended a marriage by the time he was 22, but it doesn’t seem possible the boy we watched grow up is now three decades old.

Macaulay Culkin is in fact 30 though and has kept a low profile over the years. No longer tabloid fodder for his issues with his controlling father, what Michael Jackson may or may not have done to him, or what drug offense he got busted for, Culkin has been in a seemingly stable long-term relationship with former That 70’s Show star Mila Kunis and, one can only assume, living a quiet life.

He may not look 30, but his many years of dealing with the ups and downs of Hollywood and all that comes with it probably make him older than his years.