It was a terrifying ordeal Paris Hilton woke up to recently, but the knife-bearing intruder who tried to break into her LA home has been charged. 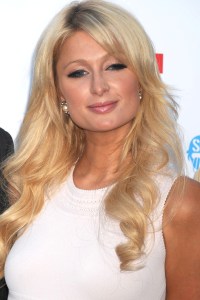 When the news first broke that Paris Hilton’s LA home had been broken into, I’ll admit I wasn’t so sure it was that serious. After the horrific picture the socialite posted on Twitter of cops swarming her home and more details started to surface, I quickly changed my mind.

Authorities are reporting that on August 24 a man armed with two large knives “banged” on Paris Hilton’s window and Los Angeles prosecutors know who that man is now and released that information to the public.

According to Los Angeles prosecutors, Nathan Lee Parada was arrested outside Paris Hilton’s home and charged with attempted burglary.

On August 26, just days after the creepy event, the district attorney’s office filed one felony count against Nathan Lee Parada who is 31 years old.

For his part in the Paris Hilton home invasion, Parada is being held on $50,000 bail. An arraignment is allegedly taking place later today, August 27. Reports were not clear on whether or not Nathan Lee Parada had his own attorney, but he could face up to six years in prison if convicted.