Flipped opens wide August 27 and star Madeline Carroll is thrilled for the rest of the nation to discover what so many have fallen in love with — a fine family film from filmmaker extraordinaire Rob Reiner. 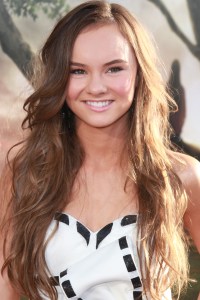 Flipped is the story of Julie (Carroll) who finds herself crushing on the boy (Callan McAuliffe) who has just moved into her neighborhood. The film is told from both sides of the relationship as the two kids become teenagers and the connection between the two varies from loathing to loving.

Flipped is far from Carroll’s first acting gig. She appeared in 2009’s The Spy Next Door opposite Jackie Chan and first introduced herself to audiences with Kevin Costner in 2008’s Swing Vote. Carroll has also impressed with guest turns on several of TV’s most popular shows including Grey’s Anatomy, Lost and the mesmerizing Cold Case.

Fresh from the New York premiere of Flipped, Madeline called to exclusively talk to SheKnows.

SheKnows: First off, I have to start with asking you to describe the experience of working with legend Rob Reiner?

Madeline Carroll: It was amazing. Rob Reiner is such an amazing, nice guy. And, he’s Rob Reiner! Getting to work with him at 13 years old, that’s how old I was when I filmed it, was so incredible. It was like going to summer camp. I’ve never done anything like it. I’m really proud of the movie and everyone was such a pleasure to work with — the actors, producers — everybody was so cool.

SheKnows: I spoke with Callan McAuliffe a few weeks ago, and I have to say, none of you seemed fazed by the experience of filming a movie, especially a big-time movie with Rob Reiner. Is that safe to say? Was it a Rob Reiner set that made you all feel at home? 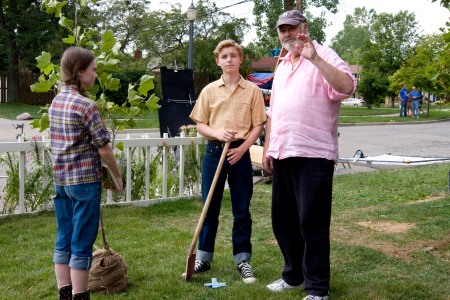 Madeline Carroll: He made us feel really comfortable. It’s really a big deal [laughs]. He’s just so down to earth. But, when you think about it and see other people reacting to Rob, it reminds you of how much of a big deal it was. It was such an honor. He’s made so many amazing movies from Stand by Me to Princess Bride to When Harry Met Sally, all these movies that when you ask people if they’ve seen them, they have! Young people, old people, they’ve all seen his movies. All of his movies are still being watched today. His movies are not ever forgotten. I really hope with Flipped, it means the same thing to people. I hope it touches their heart in such a way that they’ll never forget it.

SheKnows: He is so great with working with child and teen actors, like you mentioned in Stand by Me — what did you notice about his way of doing things that made it easy for you?

Madeline Carroll: He has kids himself. He knows how to treat kids and be around them. Usually directors are frantic and uptight. He’s so at ease. I think it’s because it’s his personality for one thing. But, I think he’s seen it all and that he knows there’s more to life than making movies. You have to enjoy life while you’re living. He made the experience unforgettable. I loved, loved working with him. He works really fast. He knows what he really wants. Now, when I work with other people on other things, I’m like, “You don’t need to do it that way. Rob doesn’t.” [Laughs] He’s a pleasure. 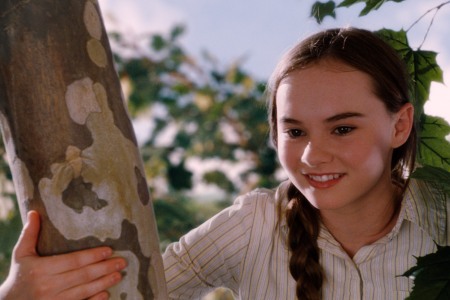 SheKnows: What was it like working alongside Callan? You guys spend most of the movie side-by-side.

Madeline Carroll: It was fantastic. It was like summer camp. On set, we’re in 1960s clothes in a 1960s-type school. It was like playing dress up all the time. When we’d leave, Rob would only go till about 6 pm, we would all go out to dinner. We would all hang out, play basketball. All the kids were really cool and really nice and down to earth. We just had fun all the time. Working with Callan was amazing. We would [laughs] bicker back and forth in a friendly way. He would always say words really weird because he’s Australian. [Laughs] Instead of right away, he’d say, “Straight away.” He’d use all these fancy Australian words, it was really confusing.

SheKnows: Your parents in the movie are really some acting veterans. What did you take away from them in terms of performing in the movies? 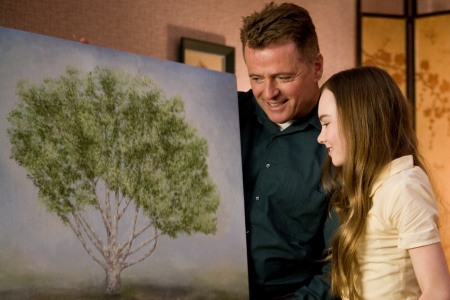 Madeline Carroll: Penelope Ann Miller and Aidan Quinn were unbelievable. They were the ones I hung around with the most. I still hang out with them now, long after we shot the movie. They’re really big actors and they’re not mean or anything! I was nervous to see what they’d be like. They all have kids. Aidan Quinn was in one of my favorite movies of all time, Legends of the Fall. I love that movie. Meeting him, I was excited and nervous because I didn’t know what he was going to be like. I learned from them, no matter how much you do, always be nice and you’ll keep working [laughs].

SheKnows: I like how the story is told from both sides, the boy and the girl’s. That’s a unique way of shooting a film. Was it a challenge for you to get it linearly correct and what did you make of that means of storytelling?

Madeline Carroll: The book is done the exact same way. When you read the book or script and got to Bryce’s (Callan) point of view, you thought, “This girl is a pest.” He’s tormented by this girl. When it flips to Julie’s (Carroll) side, you think, “Oh, she’s really nice.” If it was told just from Bryce’s point of view, you would already have a look at her character that is judgmental. But, when it tells both sides — people always tell me there are two sides to every story — I think it makes you have feelings for both characters. You get to see things in a different way. You don’t see a killer’s point of view in a scary movie, you see the victim. With Flipped, you get to see the other side. I think that is a lot of the reason people are drawn to it because you haven’t seen anything like it before.

SheKnows: The title is perfect.

SheKnows: As an actress engrossed in the performance, are you ever aware of the title and what it means, or are you just keenly aware of the words you’re uttering? 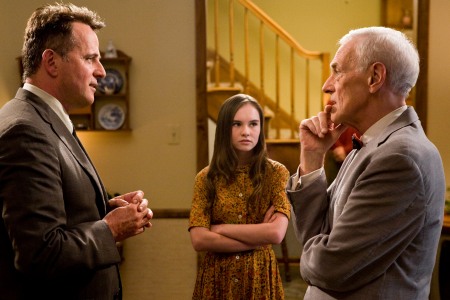 Madeline Carroll: The thing of it was, we had to focus on which side of the flip we were shooting. [Laughs] Is this my side of the story, or his? It was a challenge. The main thing was keeping track of what my face was doing and not giving away anything considering what side of the story we were shooting at that particular time. It was fun to shoot it that way too. It was funny, Rob would say [shifts into her best Rob Reiner impression — which is quite good!], “What side are we doing here?” It was truly an experience.

SheKnows: What’s next for Madeline Carroll?

Madeline Carroll: I just finished a movie with Gerard Butler called Machine Gun Preacher. It’s a funny name, but it’s a true story about a guy who made this missionary trip to Africa. He dropped everything to go to Africa and try to save a bunch of kids.