The Drop Dead Diva two-hour finale is here and someone may not survive the drama! SheKnows ran into star Brooke Elliott and got the scoop on love, success, guest stars and life as the Drop Dead Diva. 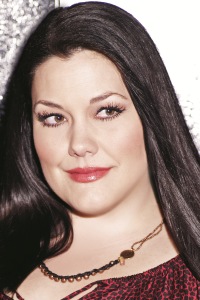 With the two-hour finale almost upon us, star Brooke Elliott dishes about everything Drop Dead Diva, including some finale scoop, whether hunky Grayson is the one for Jane and what it’s like to work with a lineup of guest stars that includes the likes of Rosie O’Donnell, Cybill Shepherd, Liza Minnelli, Ricki Lake, Nia Vardalos, Paula Abdul and Gloria Reuben, who appears in Lifetime’s Diva finale on Sunday, August 29.

SheKnows: What can we expect from the final hours of this season of Drop Dead Diva?

Brooke Elliott: Grayson is now with Vanessa. That’s going to twist and turn over the final episodes, and Jane will be witness to all this happening. It’s about figuring out what to do with that. Then we have a big cliffhanger in the finale. I’m never sure of how much to say, but we could lose someone!

SheKnows: Well, we do know that Grayson’s going to propose to Vanessa. Do you think he belongs with Jane?

Brooke Elliott: I want her to end up with Grayson, but Grayson has to address some of his own issues to mirror how fast Jane is growing. At this point, it may not be an equal relationship. Grayson has to confront his preconceived ideas, shallowness and things Deb is confronting on a daily basis living in Jane’s body. Then, it would be cool to see them fall in love. Then again, you never know. If you change your circumstances, do you change your fate? I hope the show keeps going and we get to find out.

SheKnows: Did you anticipate Drop Dead Diva would be so well-received, among your peers and viewers alike?

Brooke Elliott: I had no idea. It’s been a lovely surprise. It’s also cool that these guest stars who’ve come on value what we’re doing with this show. It’s not just that they’re there to be there: It actually means something to them, and I appreciate that, because it means something to me, too. 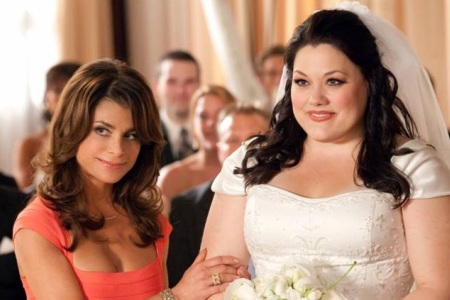 SheKnows: What is it like to get to work with such an impressive lineup of women?

Brooke Elliott: It’s crazy! I’ve learned a lot from them. These are women who have built careers for themselves. They’re talented, strong and smart and I couldn’t be more grateful that I get to be around these women. Every time they’re on the set, I’m like, “Teach me what you know!”

Brooke Elliott: Rosie O’Donnell said, “Don’t forget who you are.” In all the hubbub, people will try to label who you are. Luckily, I was brought up by a strong family that taught me great values and self esteem. Hopefully, that goes hand in hand with Rosie’s advice.

Up next, Brooke dishes shooting in Atlanta versus Hollywood and whether she relates more to playing Deb or Jane!