Celebs usually get to speak their minds when they take the podium to accept awards. If Conan wins an Emmy for his short-lived The Tonight Show with Conan O’Brien, however, he’ll have to watch his mouth.

With this year’s Primetime Emmys hosted by NBC, the big breakup between Conan O’Brien and the network is making news again. 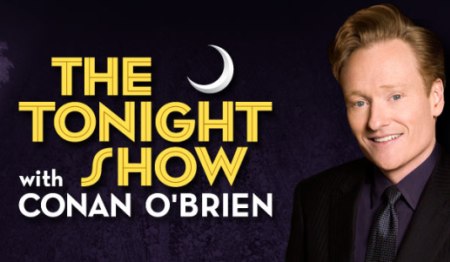 The buzz started back when his short-lived The Tonight Show with Conan O’Brien was first nominated for Outstanding Variety, Music or Comedy Series — because a win would bring Conan back to the battlefield.

O’Brien’s late night shake-up with NBC will likely go down in history as one of the ugliest in Hollywood — and that says a lot!

When Jay Leno bombed in his new 10 pm slot last year, NBC tried to bump Coco’s brand new show back half an hour. Conan balked and in a very public scuffle, NBC returned Leno to his time slot, while Conan was saddled with a gag order that kept him from doing any media appearances before May 1 or hosting another TV show before September 1.

Conan also walked away with a hefty $45 million settlement and his not-yet-titled TBS late night show is set to premiere sometime in November, but Hollywood was decidedly on Conan’s side during this breakup and his peers may still want to show their support now by giving him the coveted gold statue.

If Conan O’Brien does win the Emmy award on Sunday, August 29, however, he’ll have to be careful about what he says in his acceptance speech.

His divorce agreement with NBC stipulates that he can’t make “disparaging” comments about NBC, Jay Leno or NBC executives Jeff Zucker, Dick Ebersol, Jeff Gaspin and Marc Graboff until after that September 1 cutoff. Conan has said he has no intention of taking any jabs, but if he changes his mind, he can still do a little damage — as long as he’s honest.

“He can still have a field day,” attorney Pierce O’Donnell told The Hollywood Reporter. “He can make fun of NBC’s ratings, its shows, as long as he’s not saying anything false.”