We didn’t think that it was possible but Jodie Foster just lost all of our respect. 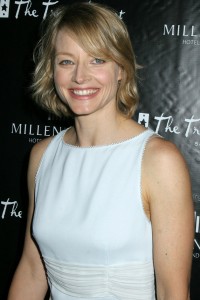 Mel Gibson’s agency dropped him like a tyrannical, bigoted, wife-beating hot potato, Leo DiCaprio smartly pulled out of his new directing exploit and anyone else with half a brain or even the slightest sense of morality has gotten as far away from Mel Gibson as possible. But Jodie Foster is sticking by her good buddy.

All we can say is: For shame, Jodie. For shame.

Jodie Foster and Mel Gibson have been friends for years and previously starred in 1994’s Maverick. Recently Jodie directed and co-starred with Gibson in a dramedy titled The Beaver, about a man (Gibson) who develops a friendship with a hand puppet. Foster is currently working on the final cut of the film, and today the Motion Picture Association of America rated The Beaver PG-13 for “mature thematic material, some disturbing content, sexuality and language including a drug reference.”

Is the disturbing content the fact that Mel Gibson is in it? Who in their right mind would see a movie starring that psychopath?

Let’s recap, shall we? 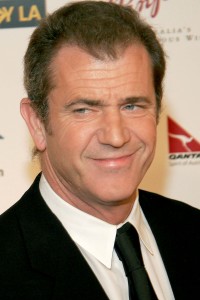 Mel Gibson has long been accused of racism, sexism, anti-Semitism (he denies the Holocaust happened and, hello, did you see The Passion of the Christ?), homophobia and, most recently, domestic violence. He thinks it’s okay to say things like “wetback,” “sugar tits” (when addressing an officer of the law), the unspeakable n-word, and to tell women they deserve to be hit in the face.

He’s a monster — one we will boycott until the end of time! We can’t even watch Lethal Weapon anymore, that’s how disgusted we are by him.

Summit, the movie studio behind The Beaver, is not, however. Although they have yet to set a release date for the film, Eonline.com reports, “It’s probably not going to be something like two years from now, but they’re not sure if it will be this year or next year. Jodie is committed to this movie.”

Considering Foster came out as a lesbian in 2007 and one of the many things that Gibson has railed against includes gay people, we can’t begin to understand how she can stomach to stand by anything that that man is associated with. He offends us to our core.

If The Beaver ever does see the light of day, it doesn’t matter to us because we would rather hit a loved one in the face while they’re holding our child than support anything Mel Gibson has been involved in.