Lindsay Lohan checked out of rehab and missed the screening of Machete, per judge’s orders. 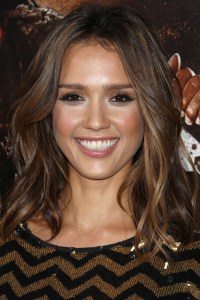 Lindsay Lohan’s role in the feature film Machete might have been miniscule, but her absence at the August 25 screening seemed to be big news for the press and her costars.

Lohan was released from rehab August 24, just 22 days into treatment. The star’s early release from rehab is most likely a catalyst for her missing the shindig but some are also claiming she’s already back to work.

Her costars had nothing but well wishes for her during the Los Angeles red carpet event. “We’re celebrating the movie tonight. So everyone that’s in it, this is for them,” Jessica Alba expressed to Access Hollywood after being questioned about Lindsay Lohan.

The director of Machete, Robert Rodriguez, chimed in telling Access Hollywood, “She will see it very soon. She’s terrific in the movie. She’s really fantastic.”

Actress Electra Avellan shared the big screen with Lindsay Lohan during the filming of Machete and had nothing but kind words for the struggling starlet. 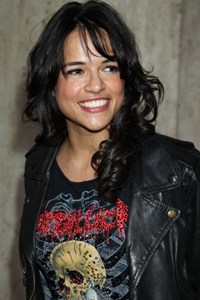 “Getting to know Lindsay Lohan was amazing,” Electra said. “She taught me a lot. She taught me how to pose with guns and look like a bad ass.”

Electra also added to Access Hollywood, “I am very sorry she couldn’t be here but she’s working. So, that’s amazing, the fact that she came out and she’s straight into work and so excited for her life and what’s about to happen to her. It’s going to be incredible. She’s back on top.”

So has the cast of Machete personally been in touch with Lindsay Lohan?

“She’s got her own little thing going on and she’ll be alright,” Danny Trejo told Access Hollywood. “We’ve already reached out to her and she’s going to be fine.”