Oscar-winner Angelina Jolie will make her debut as a film director in the GK Films production of a feature film set during the Bosnian war. 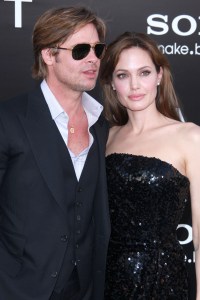 British film company GK Films said that Jolie will not be onscreen in this love story.

Angelina Jolie was in Bosnia recently with two of her six children, the two-year-old twins, Vivienne and Knox. She met with political leaders there about the plight of war refugees from the Bosnian War which occurred between 1992 and 1995. She was also seen scouting locations in Budapest over the weekend so that her family can be together while she is working.

Jolie is a Goodwill Ambassador for the United Nations High Commissioner for Refugees (UNHCR). In a released statement she said, “I would like to involve as many local people as possible and learn as much as I can.”

So far no start date for this movie has been disclosed. Will Angelina Jolie cast Brad Pitt in her new movie?