Wes Craven’s Scream 4 gets new blood! Neve Campbell, Courteney Cox and David Arquette are back at work and now, word is Anna Paquin and Kristen Bell may fall prey to the infamous Ghostface Killer. This big news has been classified by some as a rumor. 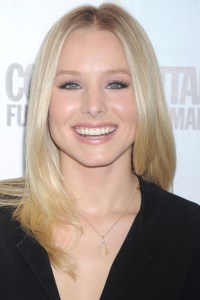 Anna Paquin and Kristen Bell have signed on to make appearances in the fourth installment of the Scream franchise. This could mean deadly cameos akin to Drew Barrymore’s scream-fest in the first film or there could be more meat to their stories.

All we know for sure is that with Scream 4 already in production, USA Today is reporting that Paquin and Bell, the sassy blondes most recognized as True Blood‘s Sookie and the title character in Veronica Mars, will show up in Scream 4. Some, however, are still insisting this is just a rumor. Hmm…

The newest Scream installment picks up ten years after the last and as with the first three, this new run aims to poke fun at the horror genre and mix screams with laughs.

“We have fun with the idea of endless sequels, or sequelitis,” director Wes Craven told EW. “Sid goes through these three horrendous things and [the movie within the movie] Stab was based on those horrible things. Then they’ve been taken by a studio and run into the ground in a series of sequels.”

Wes Craven added, “She has been off by herself and living her own life, and she’s even written a book that has gotten a lot of critical acclaim. She’s kind of put her life back together in the course of these 10 years. But, certainly, there would be no Scream without Ghostface, so she has to confront him again, but now as a woman who has really come out of the darkness of her past.” 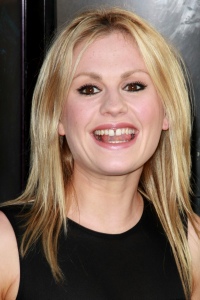 Neve Campbell is back in the Scream fold as Sidney, while Courteney Cox and David Arquette return as Gale and Sheriff Dewey. Adam Brody and Anthony Anderson will play detectives, while Emma Roberts, Hayden Panettiere and Rory Culkin will be the new kids getting their Scream on.

Meanwhile, Matthew Lillard, who played deceased serial killer Stu in the first installment, has also been spotted in the Ann Arbor, Michigan area, where the film is being shot. Curious, indeed!

It’s hard to believe it’s been almost 14 years since the first Scream movie hit theaters. The franchise has already made around $300 million, domestically.

Scream 4 is set to hit theaters April 15, 2011 and if it measures up at the box office, Craven has already signed up to direct two more installments.