In an interview with People magazine released August 25, Elin Nordegren wants the public to know three things: She’s not violent and never hit Tiger Woods, she had no idea his cheating was going on, and it was a real marriage for her. 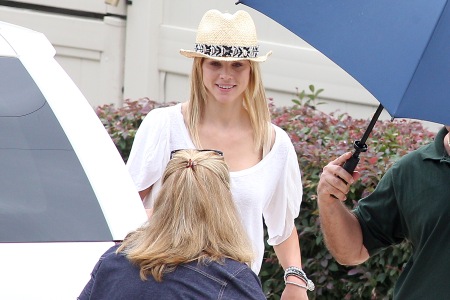 “There was never any violence inside or outside our home. The speculation that I would have used a golf club to hit him is just truly ridiculous,” Nordegren said of the Thanksgiving night reports which alleged she had chased Tiger Woods with a golf club causing him to crash his SUV.

Nordegren claimed Tiger Woods left the house Thanksgiving night and when he didn’t come back, she went to look for him. Elin Nordegren said that’s when she found her husband in his car. “I did everything I could to get him out of the locked car,” Nordegren told People. “To think anything else is absolutely wrong.”

People magazine revealed the tell-all sit down was conducted over four visits to the rented Windermere, Florida house where Nordegren lives with her two children [photo below].

“I’ve been through hell,” Nordegren explained. “It’s hard to think you have this life, and then all of a sudden, was it a lie? You’re struggling because it wasn’t real. But I survived. It was hard, but it didn’t kill me.” 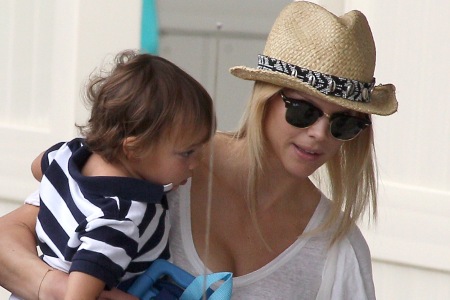 People magazine reporter Sandra Sobieraj Westfall told the Today show Elin Nordegren approached People for the interview. Nordegren would not talk about the divorce settlement but did say, “Money can’t buy happiness or put my family back together.”

“I’m so embarrassed that I never suspected — not a one. For the past three-and-a-half years, when all this was going on, I was home a lot more with pregnancies, then the children and my school,” Nordegren added.

Elin Nordegren did say she would eventually forgive Tiger Woods. “Forgiveness takes time,” she said. “It is the last step of the grieving process.”

Read on for more Elin Nordegren