Sandra Bullock is a fighter. In a sit-down interview with Today‘s Matt Lauer we just might see how much. 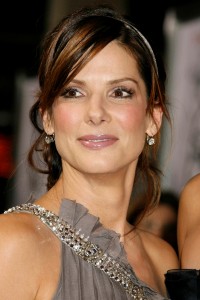 Sandra Bullock is slated to give her first TV interview since her divorce from husband Jesse James.

Bullock will reportedly sit down and dish with Today‘s Matt Lauer in New Orleans on August 31.

Right after Sandra Bullock was given the honor of the Oscar for Best Actress for her work in The Blind Side, America’s sweetheart was given the news her husband Jesse James had been having an affair. The couple was married for five years.

In true Sandy fashion, Bullock picked herself up and asked her fans to do the same, making light of her situation wherever she went. In a complete twist however, Sandra Bullock announced she had adopted a 3-month-old baby named Louis from New Orleans.

What’s up next for Sandra Bullock? The star is reportedly in talks to costar with Tom Hanks in the drama, Extremely Loud and Incredibly Close.

When Sandra Bullock sits down with Today‘s Matt Lauer, I’m sure we’ll see her side complete with humor and grace.