Lindsay Lohan was released from rehab early, merely 22 days into a court-ordered rehab stay of 90 days. 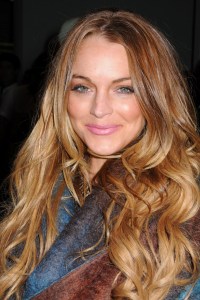 Lohan, last seen on screen with any success in Mean Girls, found herself a free woman after the new judge in her case agreed with doctors (and the media) that she was misdiagnosed.

Reports are differing on what’s next for Lohan. Some have said the fact she was picked up in a limousine and taken to her residence speaks volumes about what we can expect from Lindsay Lohan post-jail. Others point to the court-ordered element of her release that Lohan attend outpatient care for drug addiction.

It would be easy to split hairs as to Lohan’s means of transportation away from imprisonment. Perhaps Lindsay should have put forth the image of “I’ve learned my lesson of living to excess” and had Dina Lohan pick her up in the family Tahoe.

But, what should be noticed is that with outpatient care, many achieve greatness and move past their demons. Ask Robert Downey Jr, who after a jail stint and a period at rehab, has bounced back to become the Iron Man of Hollywood, banking hits wherever his name appears.

We at SheKnows, certainly hope that Lindsay Lohan is the next Robert Downey Jr. Prior to becoming a Hollywood news headline, Lohan was noticed for having impeccable acting skills. The promise she showed in many early films could once again put the actress on top.

Of course, for every Robert Downey Jr, there is an army of talented actors who haven’t successfully made their way back from a battle with inner ?demons.