Vanessa Marcil is an anchor to any popular soapy drama where she is attached — whether it’s General Hospital, 90210 or Las Vegas. Currently, Marcil is back on a daytime classic, General Hospital, and video-phoned us to talk about her life in front of the camera. 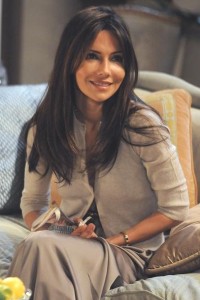 Marcil also is a can’t-miss guest star as her stints on over a dozen television hits have only further cemented her place as a go-to actress on TV.

Besides her long run on Las Vegas, Vanessa Marcil has made her mark on everything from Without a Trace, Lipstick Jungle, Crossing Jordan, NYPD Blue and Spin City.

The actress is well thought of in the soap world because of her tenacious performances that have won her a Daytime Emmy Award. Welcoming her back into the soap fold was an easy one for the General Hospital cast, she reported in our chat.

Reprising her role as Brenda Barrett, for the actress, was an easy decision and Marcil told SheKnows that her return has been met by raves from her castmates as well as from fans!

Vanessa is also a newlywed. She married a fellow TV star, CSI: NY’s Carmine Giovinazzo July 11 and now adds his last name to hers. Whether known as Vanessa Marcil or Vanessa Marcil-Giovinazzo, the naturally beautiful actress has succeeded in each of her television endeavors. 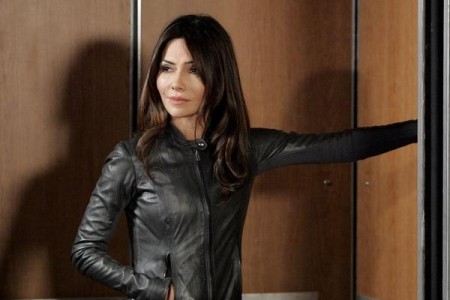 Her latest stint on General Hospital has soap fans cheering a great actress returning to the genre that made her a star.

Vanessa Marcil on general Hospital: Behind the scenes