The ex-wife of Michael Douglas says he owes her a chunk of cash for his role in Wall Street: Money Never Sleeps. 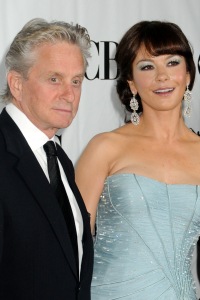 Diandra Douglas says her divorce settlement with the actor gives her a cut of any cash made from spinoffs or other projects that originated during the couple’s 23-year marriage.

Because of this clause, Diandra says she deserves a payout for Wall Street: Money Never Sleeps, in which Michael reprises his Oscar-winning role of Gordon Gecko — a role he created for the first movie while married to Diandra.

Michael’s lawyer thinks Diandra is the personification of Gordon Gecko’s trademark greed. Attorney Marilyn B Chinitz says since the sequel wasn’t on the horizon when the pair split in 2000, Diandra should get nothing.

“When does it stop? She’s not Mrs Michael Douglas anymore,” Chinitz told a Manhattan judge. “It’s enough. It’s time for Ms Douglas to move on and let Mr Douglas move on and enjoy his life, without having to concern himself with someone trying to claw back moneys that they’re not entitled to.”

Diandra has already made $6.3 million from her stake in Michael’s projects since the couple’s divorce. But her lawyer says this isn’t about greed, it’s about Michael living up to his word.

“She has her own identity, and she’s proud of it,” said attorney Nancy Chemtob. “My client is not greedy. The exact opposite is true. Mr Douglas is seeking to shirk his financial responsibility that was entered into when he signed this contract.”

The court has not yet ruled on the motion.

Diandra and Michael Douglas are the parents of Cameron, who was sent to jail on drug charges earlier this year. Michael was recently diagnosed with throat cancer.