Lindsay Lohan may be released from her mandated in-patient rehab as early as tomorrow. Judge Elden Fox will rule Wednesday morning on whether Lohan will be released into an outpatient program.

In a much publicized legal skirmish, Lindsay Lohan’s DUI parole violation landed her with 90 days in Lynwood jail, followed by 90 days in rehab. With a new judge on the case, her sentence is turning out to be a lot less severe. 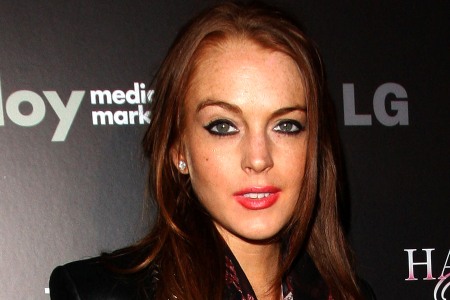 As expected, Lohan was released from prison early due to prison overcrowding. After only 13 days in the clink, she was sent to a live-in rehab facility on August 2.

Though initially ordered to check into Morningside Recovery, however, she was instead cleared to receive care at UCLA, which offers a program that addresses the dual diagnosis of having both psychological and addiction problems.

Apparently, her addiction problems were not as severe as perceived, while her leaked bi-polar and ADHD diagnoses were straight up incorrect. Instead, Lohan may have been acting out due to mis-prescribed Adderall.

Judge Elden Fox, who took over Lohan’s case after Judge Marsha Revel recused herself, is now considering Lohan’s situation and he will rule on whether Lohan can be released in a hearing set for 8:30 am Wednesday at LA County Superior Court in Beverly Hills.

If Lindsay Lohan is released, however, her rehab won’t likely be over. She will probably transfer into UCLA’s outpatient program, which is much like the inpatient program, but will allow the star to go home at night.

Either way, Lohan will continue to be subjected to random drug and alcohol testing until the end of her probation term in August 2011, unless Judge Fox changes or lifts those conditions.

Meanwhile, Donald Trump has admitted he and Lindsay Lohan are in talks to get her on the next round of Celebrity Apprentice, assuming she’s healthy enough, while there has also been chatter about her doing Dancing With the Stars.

Neither of these ideas seems ideal for an actress trying to get her life back in order, but they would certainly offer Lohan a vehicle to change public perception.

SheKnows will keep you posted as the newest chapters of the Lohan soap opera continue to unfold.