Paris Hilton was allegedly awakened to the scare of a lifetime. Claims report the star was surprised by an intruder yielding two huge knives. 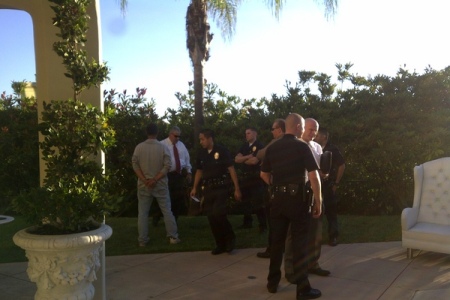 According to Police Officer Gregory Baek the supposed intruder was arrested around 6:30 am. His name is currently being kept under wraps. Claims also added that Baek said the break-in was reported by telephone but can’t confirm if Hilton made the call or if it was an alarm company.

Paris Hilton used her Twitter page to give her take on the horrid event. The socialite says she was woken up by the man trying to break into her home. Hilton also tweeted a photo of police arresting the man.

While reports are claiming the mystery intruder was armed with two knives, Police Officer Gregory Baek was not able to confirm the information.

Paris Hilton is currently being sued by a hair extension company for breach of contract. Reports claim the star wore a competitor’s tresses.

Stay tuned for more news on this developing story.