Lost’s Michael Emerson was excited to check back in with us about how the iconic television show Lost made its exit. 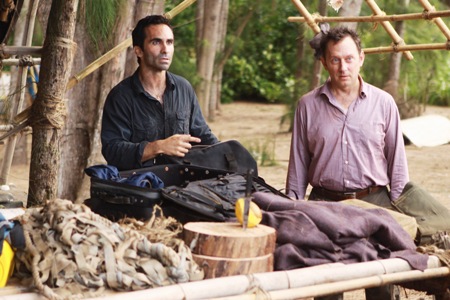 SheKnows: How are you feeling about Lost being over, now that we’re talking about the season six and complete series DVD and Blu-ray debuting in stores, as opposed to when it first concluded when you shot it months ago? 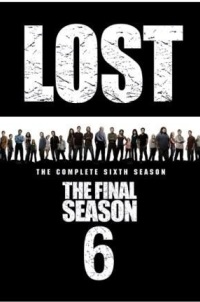 Michael Emerson: We knew the end was coming all season. We were alternating between nostalgia and high spirits all the time. The last day of shooting was actually so difficult, so long and rough and dangerous. There wasn’t that moment of closure where they said, “That’s a wrap” and everybody hugged. It was more like crawling back to your trailer in the middle of the night [laughs]. We were really just glad we survived it. I still haven’t fully absorbed it that it is altogether over. Because every year we take the summer off. So, it still feels like in a week or two, I’ll pack up again and head to Hawaii. When the time comes — I won’t — and as the fall progresses it will begin to sink in.

SheKnows: What do you make of the idea that, as you said, this fall, there is the absence of Lost on the television landscape? A lot of fans are feeling the way that you are — we haven’t fully digested the fact that Lost is gone.

Michael Emerson: The only way I’ll deal is to take a trip down memory lane and start watching the DVDs from season one.

SheKnows: On a show like Lost, the actors cannot have any idea where their characters are going. Is that a difficult task?

Michael Emerson: You don’t think about it much. When you’ve done as many guest-starring roles as I have done, you just show up and try not to get in the way. You deliver the goods as best you can. This was perfect in a way.

SheKnows: One of the prices you had to pay for being on the show, of course fictionally, it’s hard not to notice that your character was one of the most roughed up. Did any of those scenes ever get a little too close, violence-wise? Did you get hurt? 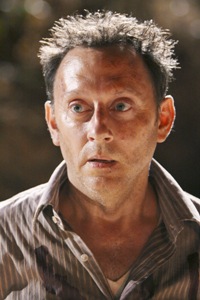 Michael Emerson: Oh yeah, in the next to the last episode where Desmond punches out teacher Ben in the sideways world, the blow you see on the show is a real blow. We got out of distance, a little off the choreography and he completely clocked me. I had the only full-on shiner of my adult life [laughs]. In a way, it’s great the cameras were rolling.

SheKnows: As somebody who is integral into the Lost world portraying Ben Linus, having that sideways world, creatively, that must have been really fascinating to wrap your head around.

Michael Emerson: I thought it was the greatest pleasure of season six, at least in my case, I got the opportunity to play two characters. They are the same person, but, it was a nice actor’s challenge because pitch-wise, they played on such different keys. It was a lot of fun, kind of a great way to cleanse the palate, which was refreshing. It kept me really focused during that final season.

Up next…Michael lets loose on Lost