The Back-up Plan is not the usual romantic comedy in that the protagonists fall in love while one is pregnant and not with the other’s baby! 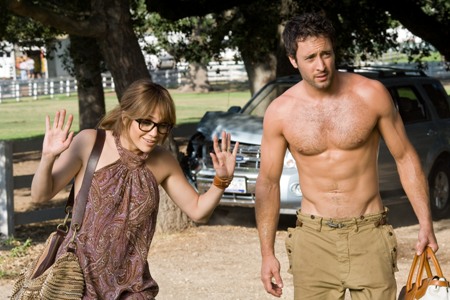 Jennifer Lopez is Zoe, a single woman whose trouble with men has her thinking she must take her desire to be a mother to a new place.

Waiting for Mr Right is proving to be wrong in her hopes of motherhood. As she leaves the doctor’s office after being inseminated, she literally bumps into Alex O’Loughlin, who may in fact, be the previously mentioned Mr Right.

The couple head out on a date and eventually fall in love. He could be “the one.” When will Jennifer tell her man she is expecting? Soon enough because nature forces the issue! How will her new love take the news? 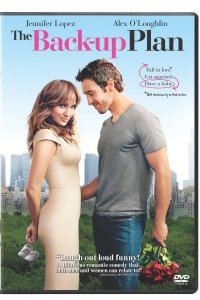 The film’s tagline is perfect in that The Back-up Plan is about “love, marriage and parenthood — but not necessarily in that order.”

The Back-up Plan DVD and Blu-ray contains a slew of extras, most notably the Belly Laughs: Making The Back-up Plan feature that takes a behind-the-scenes look at bringing the story to the big screen.

When we interviewed Jennifer Lopez about the film, she reported that it was the story’s close-to-home nature that most interested her. “When I read it, it had a really modern voice. It seemed really upbeat and today. I think that is very important for romantic comedies to do — deal with issues. It doesn’t feel like a story from 20 years ago, which some romantic comedies can be like,” Lopez said.

Having twins herself recently didn’t hurt her effort in finding the character of Zoe. “So many things in this movie were art imitating life for me because I had just gone through the pregnancy. It was really fresh in my mind.”