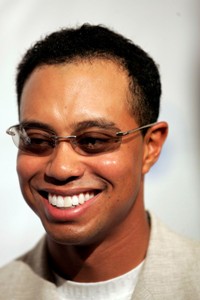 Tiger Woods and Elin Nordegren’s divorce details are being kept silent, but their divorce has been finalized. The couple’s dissolved marriage became void in Florida’s Bay County Circuit Court August 23.

According to reports, Woods and Nordegren will share responsibility of their children, daughter Sam, 3, and son Charlie, 1.

“We are sad that our marriage is over and we wish each other the very best for the future,” the duo said in a statement. “While we are no longer married, we are the parents of two wonderful children and their happiness has been, and will always be, of paramount importance to both of us.”

The statement added, “Once we came to the decision that our marriage was at an end, the primary focus of our amicable discussions has been to ensure their future well-being. The weeks and months ahead will not be easy for them as we adjust to a new family situation, which is why our privacy must be a principal concern.”

Tiger Woods and Elin Nordegren’s marriage became publicly rocky after the PGA champion crashed his SUV outside their Florida home causing the paparazzi to make a stir. The crash nine months ago, led Woods to admit he had strayed from his wife. The indiscretions cost Tiger Woods lucrative endorsement deals and forced him to take a five-month break while he checked into rehab.

Many questioned the couple’s ability to fix their marriage when Elin Nordegren was suspiciously absent from a press conference held by Tiger Woods asking for patience and forgiveness.

Tiger Woods and Elin Nordegren were married in October 2004 after being introduced by Swedish golfer Jesper Parnevik in 2001.