Karissa Shannon is making headlines for her alleged sex tape romp with Heidi Montag, but when we first spoke with the Playboy model; her name was far from the front pages of the nation’s newspapers. The insight into the Karissa Shannon persona from our interview, given the building scandal, is priceless. 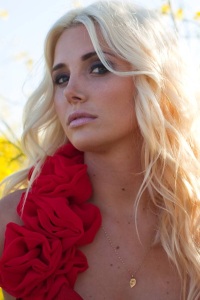 Karissa is one half of the sisters that became known as Hugh Hefner’s “Twins.” Along with sister Kristina, the pair is trying to get the world to notice them as individuals. Part of that effort is heading to Argentina this month to film a new reality series that will showcase their unique personalities while capitalizing on the world still knowing them as the “Shannon Twins.”

Karissa Shannon phoned SheKnows for an exclusive interview before the Heidi Montag sex tape news topped the headlines. Although completed prior to the scandal breaking, the model-turned-actress (she’s appearing in Sofia Coppola’s latest film, Somewhere) may get her wish of individual fame, but we ask: At what cost?

Catching up with Karissa shannon

SheKnows: With everything going on in your world lately, what keeps you going?

Karissa Shannon: I have a lot of goals. I want to be very successful when I get older. I never wanted to be a school teacher or something small, I wanted to be something that people could look up to. I always loved entertainment. I always put on little shows or plays with my sister [Kristina] and made our family watch. I wanted to do something like that when I got older, something that I love to do. 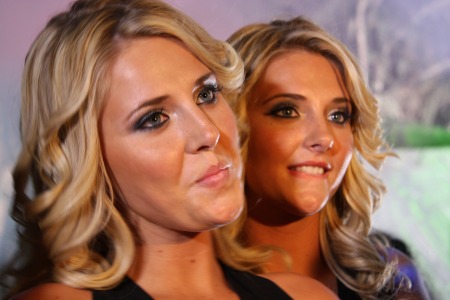 SheKnows: What aspects of entertainment inspired you?

Karissa Shannon: I like everything. I wanted to be a model when I was younger. People always told me and my sister, “You and your sister are really pretty. You should be a model.” Then, when we did Playboy and started to do reality TV and the movie with Sofia, we really wanted to get into acting. Now, we just love having cameras around us.

SheKnows: You said you like having cameras around, but did it take some getting used to?

Karissa Shannon: I got used to it really quickly. First, it was really uncomfortable, but you get used to it. I had cameras around me constantly for around two years. Being in the spotlight with Hef, you get used to things very fast.

SheKnows: Looking back on that time at the Playboy Mansion with Hef, how was the experience versus what you expected moving in? Secondly, what did you take away from the experience? 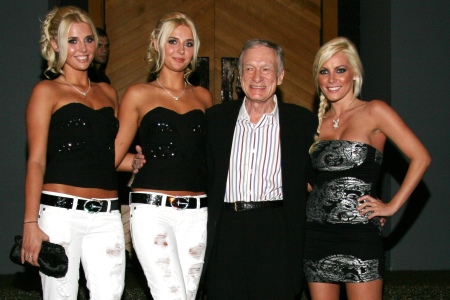 Karissa Shannon: Taking away from the experience, I’m a lot more mature. I grew up a lot. There were a lot of rules there. Hef showed me how Hollywood was, the safe way [laughs], not going out at 18 and partying all the time. He had a really strong team behind me, so I came out much more experienced. Going into it, I didn’t know what to expect. I just knew I wanted to go [laughs]. It was really exciting and you learn the ropes as you’re there.

SheKnows: Did it help having your sister there?

Karissa Shannon: Oh yeah, having my sister being around, she’s my best friend. I couldn’t have done it without her. She’s a really good support system for me.

SheKnows: Not all siblings that go into entertainment get along. As a matter of fact, most do not. 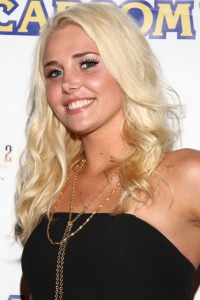 Karissa Shannon: Usually families get torn apart when they appear on TV shows because of jealousy. We stayed really close, I’m proud of that fact.

SheKnows: Is that a tribute to how you were brought up or was it inherent in your relationship?

Karissa Shannon: It was just in our relationship. We’re really, really close. We hang out every day, we talk every day, our goals are the same, and we think the same. We’re actually trying to be more individual as we get older. Now, we’re just trying to get people to notice us individually. It’s hard because we are so much the same.

SheKnows: How much is that a challenge now that you’re out of the Playboy Mansion?

Karissa Shannon: It’s tough, especially being known as “The Twins” or “Hef’s Twins.” For instance, since we moved out, we don’t dress the same anymore. We’re a lot more mature. I have a boyfriend, she has a boyfriend. There’s a lot more different things going on in our lives. We’re just trying to get people to know the individuals. We’re starting a TV show, like The Simple Life concept. It’s going to be filmed in Argentina. We’re filming six to ten episodes. I feel that will get people to know us more individually than being on the Girls Next Door show portrayed as the same person.

SheKnows: Going to Argentina, talk about your world opening up a little bit…

Karissa Shannon: Oh, yeah. I’ve been very blessed to do what I’ve done between being 18 and turning 21, which I am now. I’ve been all over the world. It’s crazy [laughs].

SheKnows: How was the shooting experience with Sofia [Coppola] on Somewhere?

Karissa Shannon: It was really good. Sofia made us feel really comfortable on the set. We definitely want to do more of it. It was a really good experience. It was great to work with Stephen Dorff and Elle Fanning and a great director like Sofia, an Academy Award-winner.

SheKnows: Did you find it inspiring as a woman that she’s done so much as a director, a rarity in Hollywood?

Karissa Shannon: Oh, yeah, definitely and her background with her father Francis, and her cousin Nicolas Cage, they’re all very powerful and Italian. I’m Italian! Sofia’s someone I look up to, between her style and what she does with a camera. Sofia’s movies are more pretty scenes, like a painting with content.